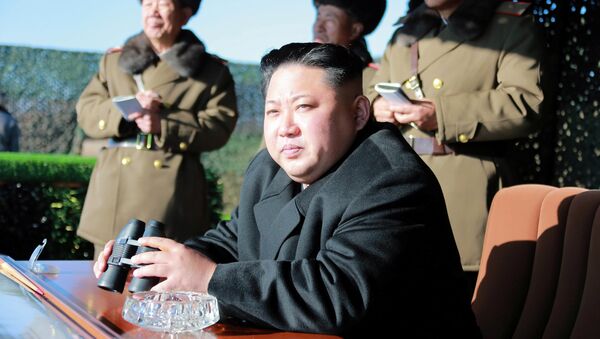 © REUTERS / KCNA
Subscribe
International
India
Africa
According to media reports, Seoul has criticized Pyongyang for its military exercises simulating an attack on the official residence of the South Korean president in Seoul.

The reports about the drills emerged in the North Korean media on Sunday.

Seoul criticized the decision of Pyongyang to hold the drills as it was raising tensions on the Korean Peninsula, the Yonhap news agency reported citing the spokesman for South Korea's Ministry of Unification.

According to the spokesman, the drills were aimed at showing that the political regime in North Korea was stable, while South Korea was going through a political crisis that led to the impeachment of President Park Geun-hye.

South Korea and the North are still formally at war, as no peace treaty was ever signed after the Korean War of 1950-1953.

The parliament of South Korea voted on Friday to start Park’s impeachment trial after she was implicated in a corruption scandal involving her long-time friend Choi Soon-sil, accused of using her ties to extort money from businesses.