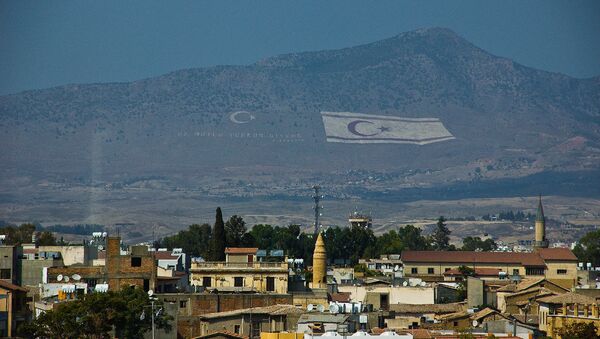 Nikolaos Voutsis, the speaker of the Hellenic Parliament, said that it was necessary to find a mutual understanding on the Cyprus' guarantees system, which remains among the most complex issues within the ongoing negotiations between Turkey and the European Union.

Greece Against Turkish Troops in Cyprus, Treaty of Guarantee
ATHENS (Sputnik) — Greece is exerting active efforts aimed at solution of the existing crisis of divided Cyprus, the speaker of the Hellenic Parliament, Nikolaos Voutsis, told Sputnik in an interview.

"We should not give up search for a potential solution even amid negative relations between the European Union and Turkey… It is fitting that we have not chosen a policy of 'passive position' or 'a priori denial,' or a solution by 'any means,'" Voutsis said, adding that Athens' position in the issue was "active."

He added that it was necessary to find a mutual understanding on the Cyprus' guarantees system, which remains among the most complex issues within the ongoing negotiations.

Greek PM Urges UN to Find Solution to Cyprus Issue, Migrant Crisis, Greek Debt
The 1960 Treaty of Guarantee implies that Greece, Turkey and the United Kingdom are the guarantors of the Cyprian security and territorial integrity. The treaty also reserves the right of the guarantors to interfere in the situation at the island nation if there is a threat posed to the country's independence.

In 1974, Turkey used the treaty to justify its invasion of Cyprus, following the intention of the Greek government to unite with the island state. A decade later, in 1983, the Turkish Republic of Northern Cyprus proclaimed independence, currently recognized only by Turkey.