Dragon to the Rescue: China Moves In to Help Resolve the Syrian Crisis 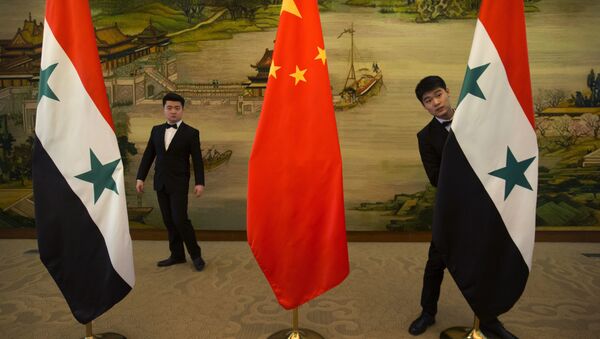 Chinese Envoy: UK ‘Poisoning’ Atmosphere on UN Security Council in Vote on Syria
During his visit Xie Xiaoyan met with Syrian Deputy Prime Minister Walid al-Muallem and other prominent government officials, as well as representatives of the Syrian opposition, in order to discuss China’s involvement in humanitarian operations in Aleppo, as well as other issues related to the ongoing conflict in the war-torn country.

It should be noted that several months before, in August 2016, another high-ranking Chinese official – namely, Rear Admiral Guan Youfei, the man in charge of China's office for international military cooperation – also visited Damascus to meet with Syria’s Defense Minister Lt. General Fahd Jassem al-Frejj, effectively negotiating the deployment of Chinese military advisers to the country.

"Firstly, China may help to quickly get all sides to the negotiating table, as China believes that peace talks and political settlement are the only way to resolve the Syrian crisis. Secondly, China may offer its own ways to resolve this problem ‘on four tracks’: ceasefire, humanitarian aid, counterterrorism and political negotiations. Thirdly, China will continue to support the UN’s lead role in resolving the Syrian issue. On December 5 China vetoed a resolution draft submitted by Egypt, New Zealand and Spain because it adopted a unilateral approach to the problem and ignored the interests of all sides involved. China hopes that the UN won’t attempt to divert certain countries from resolving this issue. Fourthly, China will continue to play an important role in counterterrorist operations, humanitarian aid delivery and the implementation of UNSC resolutions in Syria," the professor explained. 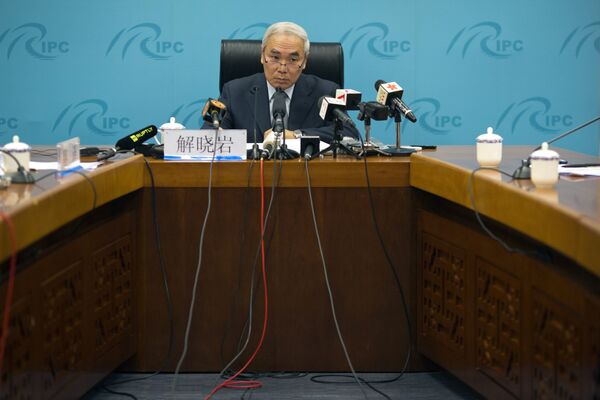 It appears that Xie Xiaoyan’s mission was also meant to show the White House that China continues to support Damascus, even as the US and its allies persistently attempt to oust Syrian President Bashar Assad.

At the same time, Beijing always seeks to ensure that its actions in Syria won’t endanger its partnership with Saudi Arabia and Qatar – China’s chief suppliers of oil and natural gas respectively, who also seek Bashar Assad’s downfall.

Meanwhile, Azhdar Kurtov, political analyst at the Russian Institute for Strategic Studies, pointed out that the Chinese envoy’s objective was also to establish contact with the Syrian opposition and to properly assess the situation in the country. He pointed out that China has considerable economic and geopolitical interest in the Middle East and therefore pays considerable attention to the situation there.

"China’s activity is Syria is also related to matters of security, because the activity of Daesh (ISIL/ISIS) terrorist group also affects the safety of China; it has already been confirmed that there are militants from China’s Xinjiang region fighting in Syria as part of the radical Islamist groups. Therefore, China wants this ‘boil’ lanced, because these militants may later use the connections and experience obtained in Syria to conduct terrorist activity in China," he said.

It should also be noted that prior to visiting Damascus Xie Xiaoyan also made a stop in the capital of Lebanon – the country which now became a temporary home to thousands of Syrian refugees. It appears that during his stay in Beirut the Chinese envoy sought to clarify the role of Hezbollah movement in the Syrian conflict, and to express China’s appreciation of Lebanese authorities’ efforts to aid the humanitarian efforts in Syria.

000000
Popular comments
Assad must stay ! Obama must GO !
copius
12 December 2016, 21:12 GMT3
000000
Don't pin too much hopes on the Chinese. The Chinese are best with corruptions but very weak on war. Everyone want to be famous, but no one want to sacrifice. Rather served and die tomorrow instead of fight and die today - that is best describe the Chinese.
peaceactivist2
12 December 2016, 21:17 GMT3
000000
Newsfeed
0
New firstOld first
loader
LIVE
Заголовок открываемого материала
Access to the chat has been blocked for violating the rules . You will be able to participate again through:∞. If you do not agree with the blocking, please use the feedback form
The discussion is closed. You can participate in the discussion within 24 hours after the publication of the article.
To participate in the discussion
log in or register
loader
Chats
Заголовок открываемого материала
Worldwide
InternationalEnglishEnglishMundoEspañolSpanish
Europe
DeutschlandDeutschGermanFranceFrançaisFrenchΕλλάδαΕλληνικάGreekItaliaItalianoItalianČeská republikaČeštinaCzechPolskaPolskiPolishСрбиjаСрпскиSerbianLatvijaLatviešuLatvianLietuvaLietuviųLithuanianMoldovaMoldoveneascăMoldavianБеларусьБеларускiBelarusian
Transcaucasia
ԱրմենիաՀայերենArmenianАҧсныАҧсышәалаAbkhazХуссар ИрыстонИронауОssetianსაქართველოქართულიGeorgianAzərbaycanАzərbaycancaAzerbaijani
Middle East
Sputnik عربيArabicArabicTürkiyeTürkçeTurkishSputnik ایرانPersianPersianSputnik افغانستانDariDari
Central Asia
ҚазақстанҚазақ тіліKazakhКыргызстанКыргызчаKyrgyzOʻzbekistonЎзбекчаUzbekТоҷикистонТоҷикӣTajik
East & Southeast Asia
Việt NamTiếng ViệtVietnamese日本日本語Japanese俄罗斯卫星通讯社中文（简体）Chinese (simplified)俄罗斯卫星通讯社中文（繁体）Chinese (traditional)
South America
BrasilPortuguêsPortuguese
NewsfeedBreaking
00:25 GMTNo New Date Set for Resumption of Pretrial Hearings of 9/11 Case in Gitmo, Spokesperson Says
00:06 GMTUS Closes Del Rio Port of Entry on Texas-Mexico Border Due to Influx of Migrants
00:03 GMTNew Research Sheds Light on How to Tackle Obesity
YesterdayWhite House Confirms in Touch With France Over Envoy's Recall, Will Work to Resolve Issues
YesterdayTop Senate Defense Panel Republican Says Biden Ultimately Liable for Kabul Drone Strike
YesterdayGantz: Israel Could Accept Return to JCPOA if US Has ‘Plan B’ for Iran’s Nuclear Program
YesterdayUS Judge Denies Giuliani’s Request to Return, Destroy Seized Evidence, Reports Say
YesterdayFrench Court Finds Man Guilty of Cartoons Portraying Macron as Hitler Over COVID-19 Policies
YesterdayAustralia's Great Emu War: How a Nation Declared War on a Bird and Lost
YesterdayBlinken Vows to ‘Keep Normalization Marching Forward’ on One-Year Anniversary of Abraham Accords
YesterdayEx-Algerian President Abdelaziz Bouteflika Reportedly Dies Aged 84
YesterdayAct of Sabotage Results in Power Outage in Damascus, Energy Minister Says
YesterdayOld Friends Are Not the Best?
YesterdayMilley Assured Pelosi That US Military, Not Trump, Controlled the Nukes, Vice Chairman Says
YesterdayFed. Chief Powell Orders Sweeping Ethics Review Amid Trading Scandal at Federal Reserve
YesterdayBiden to Convene COVID-19 Summit on Margins of UN General Assembly
YesterdayFootball Legend Pele 'Rushed Back' Into Intensive Care Days After Colon Cancer Surgery
YesterdayRussia Possesses ‘Unbelievable Military Power’ After Transforming Forces, US General Says
Yesterday‘Irony of Historical Proportions’: Iran Ex-FM Zarif Muses on US Deal to Sell Australia Nuclear Subs
YesterdayPrince Andrew Has a Week to Challenge Court Ruling to Serve Papers Amid Procedure Disagreements