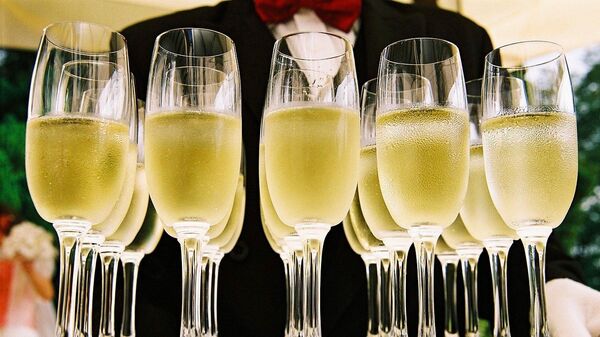 Britain's Blonde Bombshell 'BoJo' Drops Fizzy Booze Clanger in Europe
Whether it's Marmite, the cost of Christmas, a full English breakfast, fish and chips or Prosecco — it seems some of Britain's favorite consumables are not immune from the effects of Brexit.

When fizz and Brexit have been uttered in the same sentence in the past, it was usually over something the UK's Foreign Secretary Boris Johnson had said.

However now, the Association Viticole Champenoise in Epernay, France has warned that Brexit has meant fewer people in Britain are buying champagne than in 2015.

The association which represents French vineyards says the UK has cut back on its 'bubbly' consumption more than any other country in the European Union.

The so-called Brexit effect meant that the UK supped from the fewest champagne flutes in September this year. Jean-Marie Barillere from the association blamed a drop in sterling for biting down hard on the fizzy industry.

"Brexit has had a significant influence on our end of year sales so far," Mr. Marie Barillere said.