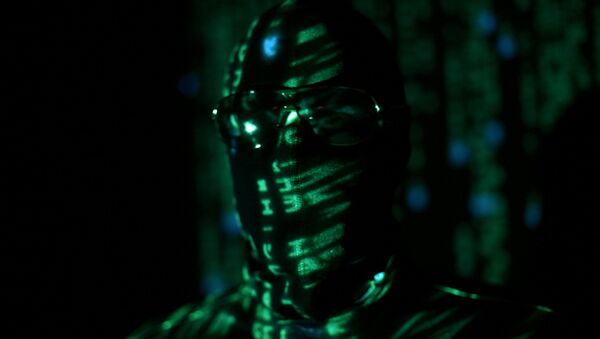 President Obama has ordered US intelligence agencies to "conduct a full review" of the 2016 election, and to present a report on their findings before he leaves office. Speaking to Sputnik, cybersecurity expert Jeffrey Carr said that the US has been highly irresponsible in leveling hacking allegations against Russia without providing any evidence.

On Friday, White House officials told the press that Obama had ordered a comprehensive review of the cyberattacks and possible "foreign intervention" in the 2016 presidential election, expecting to receive a full review of any alleged foreign cyber interference in the vote before he leaves office on January 20.

Hack the Vote? Obama Wants Review of US Election Results
Following the initial announcement, which focused on Russia's alleged role, White House spokesman Eric Schultz was forced to backtrack, saying that the review will actually "be looking at all foreign actors" and efforts to interfere in the elections, not just those by Russia.

For months, the Clinton campaign, the Obama Administration and the Democratic Party have repeatedly accused Russia, the Kremlin and Vladimir Putin personally of involvement in the hacks, presenting no credible evidence to back up their claims. Russian officials have responded by saying the allegations were just an effort to distract American voters from the real issues, including the content of the leaked WikiLeaks emails.

Speaking to Radio Sputnik, Jeffrey Carr, a cybersecurity expert who has extensively investigated the Russian hack claims, said that he found it disconcerting that US officials and media have blamed Russia for so long without providing any actual evidence.

"What concerns me is that there is no evidence to this day that connects a Russian intelligence service to the hacking that took place at the DNC and other organizations, and yet this story just keeps on keeping on," he noted.

The cybersecurity consultant added that "we need to be more responsible when it comes to one government accusing another government of an action without evidence – that is irresponsible."

Fox News Host Destroys Democratic Lawmaker Over Russian Hacking Claims
Asked about the chances of a foreign nation tampering with actual voting process, something that has come up repeatedly in the media recently following Green Party candidate Jill Stein's announcement of a recount effort, the cybersecurity specialist stressed that there was simply no way that this could be done. "Not in our system. Our voting system is extremely messy. It is not done online in terms of a single network that could be hacked. It is done with machines that are not internet-facing. There are multiple manufacturers" (for these machines), etc.

"There is just simply no way to hack an election. That is purely a headline-grabbing media invention and it bears zero resemblance to reality," Carr said.

As far as the hacks of Democratic officials and the Democratic Party are concerned, Carr speculated that "generally speaking, the hackers responsible for these types of things are not government employees – they're 'hacktivists', so to speak, or are just interested in causing disruption and chaos. It doesn't really matter at this point, because the Democrats need to have somebody to blame, and so why not blame the Russian government?"

Ultimately, the cybersecurity specialist believes that the most important thing that can happen now is for there to be "a full investigation, and that all of the evidence involved be declassified and made available for scrutiny by people that understand what they're looking at, and that can raise the right questions. I think that has to happen."

Explosive Washington Post Story on 'Russian Hackers' Can't Name a Single Source
"In my opinion that will reveal how weak this case was, and how irresponsible it was to try to pin the blame on a foreign government – especially a foreign government [with whom] we already have issues, like between the US and Russia," he added.

Carr emphasized that the investigation cannot be rushed, and that it would be absurd to expect a thorough investigation to be completed before the end of Obama's term in office. "They should appoint a bipartisan commission and do what they do every time that there is a questionable outcome [involving] intelligence – to have a commission, and hold hearings and then make those findings public," the expert concluded.