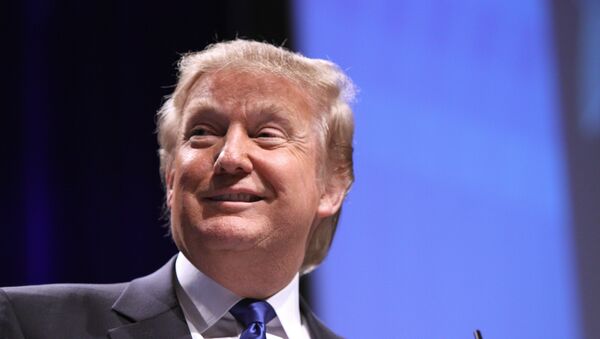 © Flickr / Gage Skidmore
Subscribe
International
India
Africa
According to transition team, US President-elect Donald Trump will not announce his pick for the secretary of state until next week.

Trump Says No Need for $4Bln Plane as 'Air Force One' Row Continues
MOSCOW (Sputnik) – US President-elect Donald Trump will not announce his pick for the secretary of state until next week, his transition team said Sunday.

"There will be no announcements on Secretary of State until next week at the earliest," the presidential transition team tweeted.

The tweet did not end speculations on whether Rex Tillerson, the chief executive of the Texas-based oil and gas giant Exxon Mobil, will take over from John Kerry as the top US diplomat.

Sources told NBC News on Saturday the 64-year-old was set to receive Trump’s nomination. The president-elect tweeted earlier Tillerson was a world-class player and deal-maker.