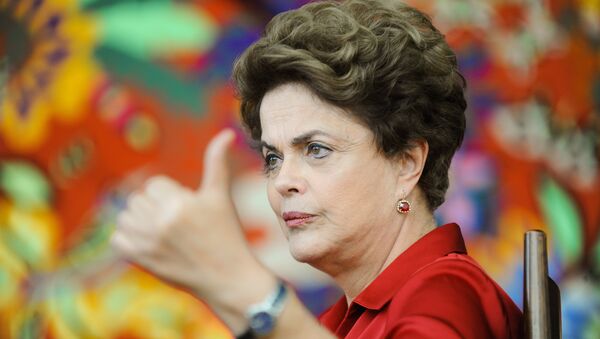 Secrets and Scandals Around Dilma Rousseff’s Impeachment
In an interview with Sputnik Brazil, political analyst Nilson Melo expressed surprise that impeached Brazilian President Dilma Rousseff had been named one of the most influential women of 2016 by the Financial Times.

The interview came after the British newspaper included "ousted Brazilian President" Dilma Rousseff in its list of Women of the Year earlier this week.

The Financial Times put her on par with such political figures as UK Prime Minister Theresa May and "former presidential candidate" Hillary Clinton, as well as "the world's best gymnast" Simone Biles. 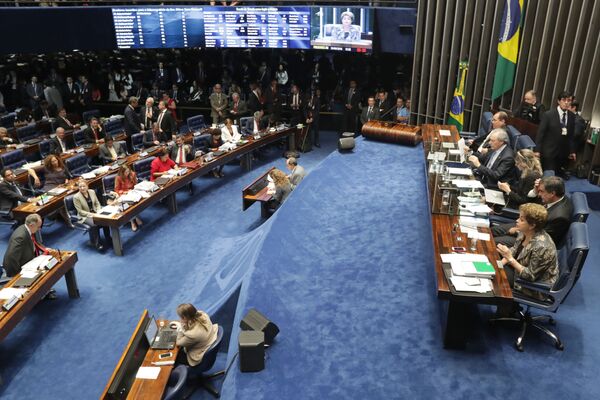 Speaking to Sputnik Brazil, Nilson Melo said that the news about Rousseff being included in the Women of the Year list came as a surprise to him, given the current situation in the country.

"She is responsible for the economic crisis of recent years in Brazil. I am very critical of the remarks about Rousseff allegedly breaking all Brazilian policy stereotypes and pursuing a policy in favor of the poor," he said.

According to him, this is way off-base, because the average salary in Brazil decreased over the past several years and people with low incomes were hardest hit by the inflation which he said is only now showing signs of abating.

Melo pointed out that the economic crisis in Brazil "was fueled by an irresponsible economic policy that destroyed the established foundations of the Brazilian economy."

"With all due respect to the former President, I am surprised by [the Financial Times'] choice, especially since Rousseff was seen as a President who should protect the poor. Maybe she wanted to protect the poor, but her economic policy led to the opposite. We now have up to 13 million unemployed people, heavy inflation and business turmoil, which scares off investors," he said.

@FinancialTimes are you joking now, FT? Dilma Rousseff: woman of the year? Are you supporting corruption now? Shame on you.

In May 2016, the Brazilian Senate voted to open impeachment proceedings against Rousseff after she was accused of concealing the budget deficit ahead of the 2014 re-election.

Brazil's President Faces Allegations of Influence-Peddling
Rousseff was suspended from office for 180 days, pending the trial, while she denied any wrongdoing. In late August, the Brazilian senators voted to relieve Rousseff from her post as president.

In September, Brazil's new President Michel Temer said that the impeachment of Rousseff was carried out in full accordance with the nation's constitution, and Brazil showed the world an example that there can be no democracy without rule of law.