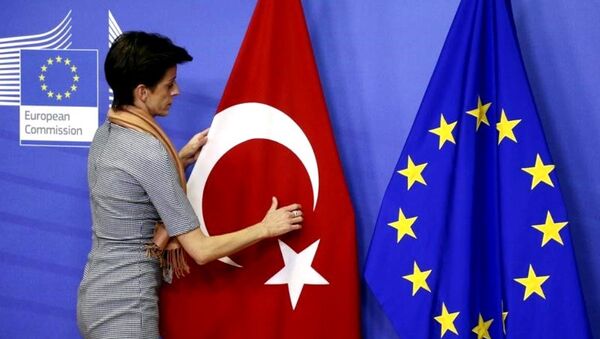 MOSCOW (Sputnik) — European Commission President Jean-Claude Juncker spoke out on Sunday against suspending negotiations with Turkey on its accession to the European Union.

“In contrast to the European Parliament, I do not think it is right to freeze the negotiations with Turkey,”  Juncker told Welt am Sonntag in an interview.

At the same time, he noted that the European Commission is not working on the opening of new rounds of talks with Turkey at the moment.

Tensions Between Turkey, Germany Risks 'Backfiring at the Entire EU'
On November 24, the European Parliament approved an initiative to suspend EU membership talks with Turkey. The initiative was supported by 471 parliamentarians, with 37 votes against and 107 abstentions. However, the vote was non-binding and mostly symbolic, which meant it would not be supported by the European Commission.