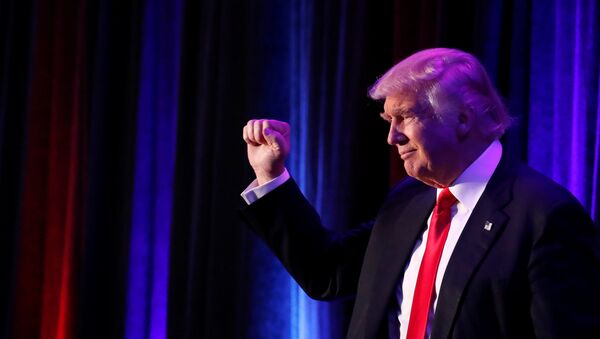 The transition team of US president-elect Donald Trump has dismissed reports of foreign intervention in the 2016 presidential election.

WASHINGTON (Sputnik) – Earlier on Friday, US media reported that the Central Intelligence Agency (CIA) allegedly concluded in a "secret" assessment that Russia meddled in the November elections.

"These are the same people that said Saddam Hussein had weapons of mass destruction. The election ended a long time ago in one of the biggest Electoral College victories in history. It’s now time to move on and ‘Make America Great Again,’" Trump’s team said in a Friday statement, as quoted by The Washington Post.

Michael Moore Calls for ‘Disruption’ of Trump’s Inauguration
Also on Friday, US Homeland Security Advisor Lisa Monaco said the administration would undertake a full review of reported attempts to breach the US election system before US President Barack Obama’s term ends on January 20. White House spokesman Eric Schultz said in a briefing on Friday that the review would not be limited to allegations against Russia, and would consider all foreign actors.