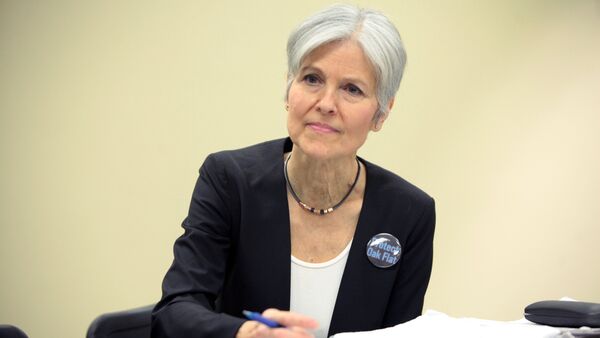 Green Party candidate Jill Stein has lost her last legal attempt to revive a recount of presidential election votes in the US state of Michigan, the state’s Supreme Court announced in an order.

WASHINGTON (Sputnik) — The majority opinion said on Friday that the petitioner "failed to allege that she has been harmed or that her legal rights have been infringed in any way whatsoever."

Green Party's Stein Awaits Pennsylvania Court Hearing in US Vote-Recount Case
The court found that neither condition existed, in a ruling that split the three-Republican–appointed judges against the two Democratic-appointed one.

Trump won Michigan and its 16 Electoral College votes by a majority of 10,704 votes over Democratic presidential candidate Hillary Clinton in the November 8 election.