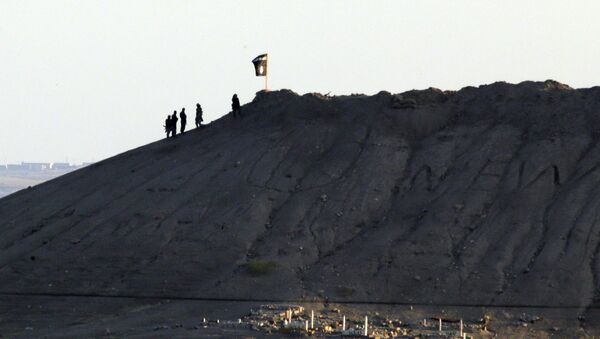 WASHINGTON (Sputnik) — On Thursday, President Barack Obama signed a determination waiving legal restrictions on US provision of defense articles to forces fighting against Daesh in Syria.

"If ISIS [Daesh] is to be defeated, this level of risk must be taken, albeit only after robust vetting of the recipients," Bucci said on Friday.

Bucci argued that there is always a risk of military equipment provided in unsettled fights like Syria falling into the wrong hands.

"The only way to completely avoid such risks is to not engage at all," Bucci claimed. "That is a poor option in this case."

A US government administration official told Sputnik on Thursday that Obama lifted restrictions on arming US partners to facilitate the offensive to retake the city of Raqqa from Daesh.