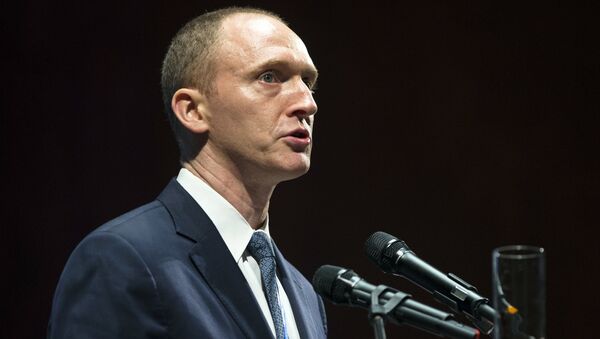 According to the one-time adviser to US President-elect Donald Trump's presidential campaign, the new US leadership would overcome misinformation in decision-making on Ukraine crisis.

US Senators Urge Trump to Take Tougher Stance on Russia, Increase Aid to Ukraine
MOSCOW (Sputnik) – Carter Page, a former adviser to US President-elect Donald Trump's presidential campaign, told Sputnik Friday that he was confident the new US leadership would be able to take advantage of new possibilities to overcome misinformation in decision-making on Ukraine crisis.

"The level of misinformation which has guided related decisions by outside actors and their impact on this country is tragic. I am confident that there will be new possibilities to resolve these misperceptions," Page said, answering a question on the role and place that will be given to Ukraine by the new US administration.

Page arrived in Moscow earlier on Thursday to hold a few meetings with businessmen and politicians. He said he would be in Moscow until December 13.