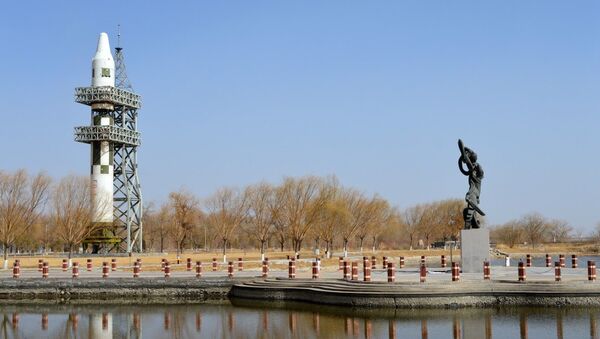 Pentagon officials detected preparations for testing the Dong Neng-3 anti-satellite missile at a military facility in Central China, according to the Free Beacon. Beijing announcing the closure of airspace along the DN-3’s presumed flight path on December 7, and December 8 clued in US intelligence agencies to their plans.

China has conducted its anti-satellite missile program under the guise of a missile-defense system since 2007, when a ballistic-missile test left detritus in orbit around the Earth. The US, Japan, Australia and other nations joined in international condemnation of Beijing.

A British government spokesman told the Telegraph at the time, "We are concerned about the impact of debris in space and we expressed that concern," adding that the UK also took issue with the "lack of consultation and we believe that this development of this technology and the manner in which this test was conducted is inconsistent with the spirit of China’s statements to the UN and other bodies on the military use of space."

In February of 2015 Frank Rose, assistant secretary of state for arms control, verification, and compliance acknowledged Beijing was engaging in clandestine testing in 2014.

"Despite China’s claims that this was not an ASAT test; let me assure you the United States has high confidence in its assessment, that the event was indeed an ASAT test…The continued development and testing of destructive ASAT systems is both destabilizing and threatens the long-term security and sustainability of the outer space environment," he said.

The Pentagon drafted a report on the Chinese military, claiming that, "The PLA is acquiring a range of technologies to improve China’s counterspace capabilities…In addition to the development of directed energy weapons and satellite jammers, China is also developing anti-satellite capabilities and has probably made progress on the anti-satellite missile system it tested in July 2014."

The DN-3 is likely based on the Kuaizhou-1 (KZ-1) mobile space vehicle, according to Richard Fisher, a specialist in the military affairs of China. He detailed that the missile can reach satellites in orbit at a distance of 18,640 miles or above, putting it well within the range of US satellites, which orbit 186 to 620 miles above Earth.

Also in development in China is the Long March-11 (LM-11), another mobile-transporter space launch vehicle.