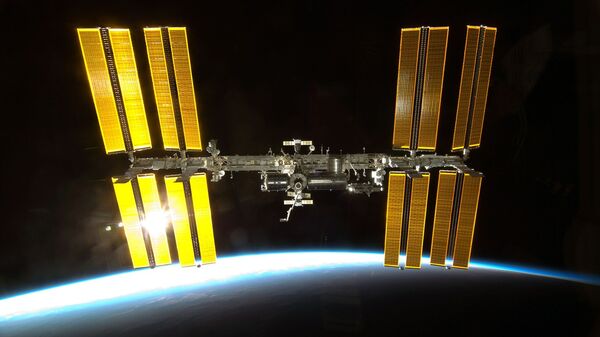 CC0 / /
Subscribe
International
India
Africa
On Friday night Japan launched an unmanned spaceship containing a ‘space junk collector’ bound for the International Space Station (ISS). The "Kounotori" (stork in Japanese) was attached to an H-IIB rocket and departed from Tanegashima Island in the Kagoshima Prefecture.

The cargo ship will also bring water and batteries to the astronauts aboard the ISS.

With the help of Japanese fishing-net manufacturer Nitto Seimo, scientists at the Japan Aerospace Exploration Agency (JAXA) have developed a tether designed to pull debris from Earth’s orbit, cleaning an estimated 100 million pieces of rockets, equipment, and dead satellites that have been floating around since the Soviet Union first launched Sputnik in 1957.

Much of the space trash moves around the Earth at a speed of 17,500 mph, causing the potential for countless collisions.

The electrodynamic wire, made from aluminum and stainless steel, and as long as six football fields, is designed to catch debris that can destroy orbiting spacecraft. Scientists say the detritus will be pulled into a lower orbit by the electricity generated by the tether, where it will enter Earth’s atmosphere, burning to ash in the process.

JAXA company engineer Katsuya Suzuki detailed, "The tether uses our fishnet plaiting technology, but it was really tough to intertwine the very thin materials…The length of the tether this time is 700 metre (2,300 feet), but eventually it's going to need to be 5,000 to 10,000 metres-long to slow down the targeted space junk."

Another JAXA spokesman remarked, "If we are successful in this trial, the next step will be another test attaching one tip of the tether to a targeted object."

In 2011 the National Research Council released a report stating that orbital refuse had reached a “tipping point” where pieces were crashing into each other and creating a dangerous situation for spacecraft and astronauts.

In June 2011, ISS astronauts were compelled to enter escape capsules in an emergency maneuver after debris came dangerously close to colliding with the orbital platform. The space waste just missed the station.