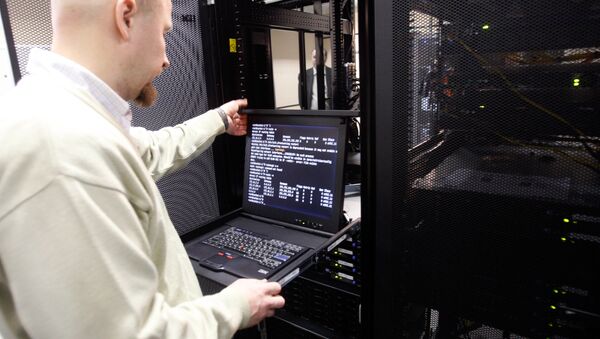 "Rostelecom has successfully thwarted DDoS attacks on five biggest banks and financial institutions of Russia. The repulsed attacks were of the same type, TCP SYN Flood. The peak volume of packets [hitting the banks' networks] was 3.2 million of packets per second. The longest attack lasted for more than two hours. All the thwarted attacks were registered on December 5, 2016," the statement said.

Science & Tech
Cyberattacks Against Russia's Largest Bank Politically Motivated - Sberbank CEO
The statement added citing Muslim Mezhlumov, the director of Rostelecom's cybersecurity center, that part of the traffic used in the attacks had been generated by a botnet created with the use of resources of Internet-connected devices of a number of producers.

According to the statement, the attacks with the use of a similar botnet had been registered during last week in the network of Germany's Deutsche Telecom and Ireland's Eircom.