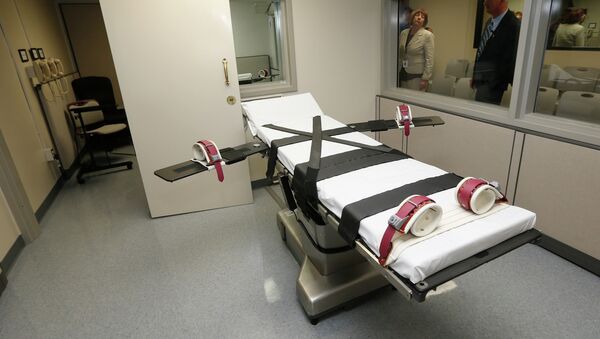 MOSCOW (Sputnik) — According to the CNN broadcaster, Ronald B. Smith, convicted in 1995 of robbing and murdering a convenience store clerk, was sentenced to death by a judge despite a jury’s recommendation of life imprisonment. Smith’s lawyers asked the court to reconsider the decision, referring to the similar cases in the past.

Smith was given a lethal injection on Thursday night.

Alabama and Florida penalty systems were the only in the United States, allowing a judge to sentence someone to death overriding a jury's verdict. In January, Florida’s capital punishment system was changed, while Alabama decided to upheld it.