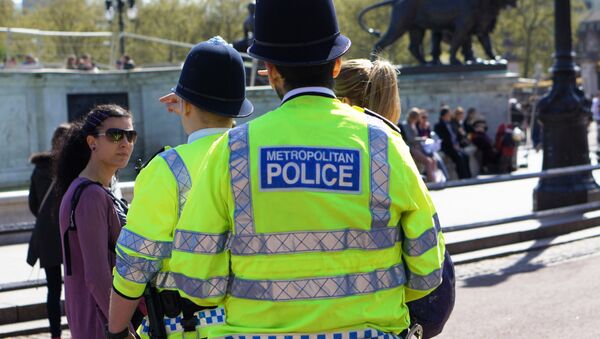 CC BY 2.0 / Yukiko Matsuoka / London Metropolitan Police
Subscribe
Hundreds of UK police officers and support staff have been accused of abusing their positions of authority to pressure members of the public for sexual favors, according to a damning new report by the police watchdog. Some of those exploited included vulnerable people who had already been victims of other crime, when they came to the police.

Her Majesty's Inspectorate of Constabulary (HMIC) pulled no punches. The language of its report was severe, it's rebuke, stinging.

Police forces are good at treating people fairly but need to do more to tackle abuse of authority. Read more at https://t.co/A3hSEnOJJp

Commenting on HMIC's findings of 436 reported allegations of abuse of authority for sexual gain received by police forces in England and Wales, in the two years to the end of March, HM Inspector Mike Cunningham said:

"It's the most serious form of corruption. It is an exploitation of power when the guardian becomes the abuser. What can be worse than a guardian abusing the trust and confidence of an abused person? There can be no greater violation of public trust."

The allegations covered a total of 334 police personnel, made up of 306 police officers, 20 PCSOs (Police Community Support Officers) and eight police staff.

We are developing a national plan to root out abuse of powers for sexual gain & inoculate policing for the future https://t.co/BvhfPESaN5

Some of the allegations involved people who had already been victims of domestic abuse.

"These allegations are deeply concerning. The victims involved are some of the most vulnerable people in our society, who have been exploited by the people they should be able to trust the most, the police."

"In order to maintain public confidence in the police, it's critical that forces recognize this behavior as the serious corruption that it is and report all cases to the IPCC  [Independent Police Complaints Commission] to ensure that they are thoroughly and robustly investigated."

The HMIC report found that only 48% of the 436 allegations of police exploitation had been referred to the IPCC.

.@HMICCunningham: at the heart of our largely positive report is the corrosive issue of #police abusing their authority for sexual gain.

Responding to the findings, Detective Superintendent Ray Marley, The College of Policing lead for integrity and professional standards, said:

"Today's report has highlighted a number of unacceptable cases which have had a significant impact on the victims and public confidence. It is important to remember the vast majority of people in policing, including more than 124,000 officers who have millions of interactions with the public each year, do act with integrity and respect."

"As the professional body for everyone who works in policing, we have take steps to support forces in tackling the issues raised. Our Code of Ethics provides clear guidance for officers and staff around avoiding improper relationships."

@Future110 We agree this is incredibly serious and damaging to the whole service. We need to root out offenders & improve culture + training

The College of Policing claim the number of cases in recent years, which have resulted in a prosecution or gross misconduct hearing, is evidence that they have a tough and clear stance on abuse of power.

They also point to the introduction of a Police Disapproved Register, which aims to ensure that those who are forced to leave the police due to gross misconduct cannot return.

.@HMICCunningham: majority of police officers have great integrity- officers who exploit victims are v much the minority but effect is large

However, HMIC is concerned over the police's capability to monitor staff who do exploit their power. Their report found that almost half of police forces inspected were unable to monitor use of all police IT systems. This limits how much information can be recorded to spot staff who may be utilizing police resources, such as databases, to identify vulnerable victims.

"Forces need to become far more proactive in rooting out this most serious form of corruption, rather than dealing with it once it has been reported," HMIC's Mr. Cunningham said.

However, HMIC said it believed that the majority of police officers and staff carried out their service t the public with integrity, and were "appalled" at the existence of sexual exploitation among colleagues.