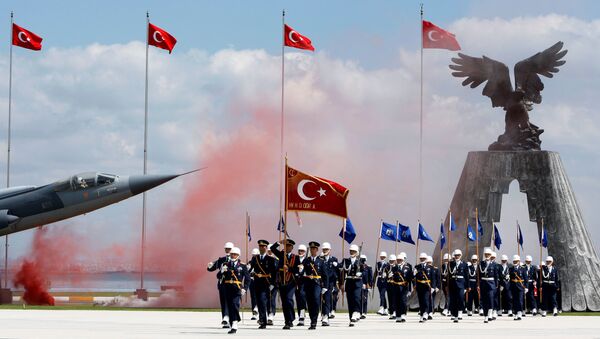 © REUTERS / Murad Sezer
Subscribe
International
India
Africa
There has been an almost 50 percent reduction in the number of Turkish military officers in NATO, a US General has admitted. The scale back is as a result of the ongoing crackdown against Turkish military officers, ordered by president Recep Tayyip Erdogan, following a failed coup bid on July 15th.

US General Curtis Scaparrotti admitted at a NATO meeting in Brussels on December 7 that NATO was being out under increasing pressure by Ankara.

One hundred and fifty Turkish soldiers have been forced to leave their positions, as part of the ongoing crackdown on the Turkish military by the government.

With #Turkey, #NATO is betraying its principles https://t.co/niOsePPGOO #geopolitics

General Scaparrotti acknowledged that losing so many seasoned soldiers so quickly had "placed an extra load on our remaining people" and on the organization.

"The Turkish have a fairly sizeable number of officers that were either detained, some recalled from here, that worked for us here, and some retired from active service." 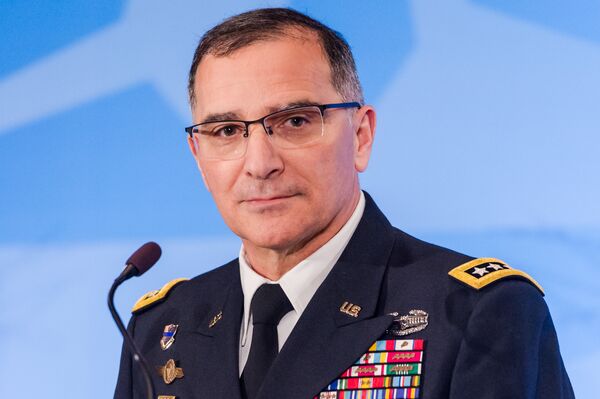 General Scaparotti said that he was worried for the officers:

"My concern is about the care for them and their families as well."

In a debacle that is stunting both Turkey's military ambitions in Syria, as well as its role in NATO, Mr. Erdogan is continuing to exact revenge and weed out his nation's military structures.

The Turkish Air Force has been hit particularly hard. At least 300 officers have been dismissed, leading to the grounding of five F-16 fighter squadrons.

In November 2016, Turkey's own Defense Minister, Fikri Isik, said that the Turkish Armed Forces now need to recruit more than 30,000 new personnel, some of them currently just students, over the next four years.

Meanwhile, Turkey still has NATO obligations to maintain. Since its accession in 1952, Turkey has been seen by Europe as a vital bulwark against threats to the continent's outer borders. Its strategic geographical location hosts important military bases, and in 2015 Turkey paid 2.1% of it's GDP into the military alliance — that's a significantly higher percentage than many of its fellow NATO members, including Germany (1.2%) and Canada (1%).

Indeed, the admission of the strain on Turkish military personnel comes shortly after NATO chief General Jen Stoltenberg highlighted the importance of Turkey in NATO, particularly with regards to relations with Russia.

Trump Says NATO 'Obsolete', US Paying Too Much for Joint Defense
So, now NATO is facing an existential crisis on several fronts. There are serious uncertainties over the recently approved "EU Army" and how it may undermine the clout of NATO.

Furthermore, US president-elect Donald Trump has displayed a stony antipathy towards the military alliance, hinting that he may withdraw support for NATO, if other members do not pay more into the organization themselves.

The forced removal of experienced Turkish soldiers, will do little to improve morale or provide stability.