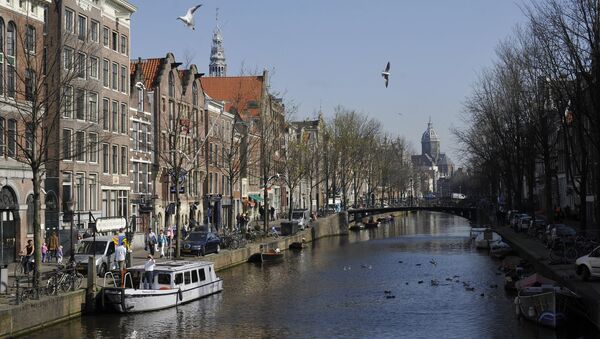 © Sputnik / Alexey Kudenko
/
Go to the mediabank
Subscribe
International
India
Africa
A grassroots movement that successfully lobbied for The Netherlands to hold a referendum on ratifying the EU-Ukraine association treaty is launching a bid to use parliament seats as "living voting booths."

The party, Greenpeil, is running on a platform where elected officials would not engage in public debate or form a government, Gazr.co reports. Instead, if elected, party members would vote on each bill, which the elected Greenpeil officials would use as the basis for their vote in parliament. Members of the party would vote online to weigh in on the issues before Netherland’s parliament. The group would effectively allow people to conduct a ‘mini-referendum’ vote on each and every issue.

Greenpeil previously assembled upwards of half-a-million signatures to hold a referendum on the EU-Ukraine association treaty. After 61 percent of Netherlanders voted to reject the measure, the group is now concerned that Prime Minister Mark Rutte intends to go forward with the treaty, circumventing the referendum result.