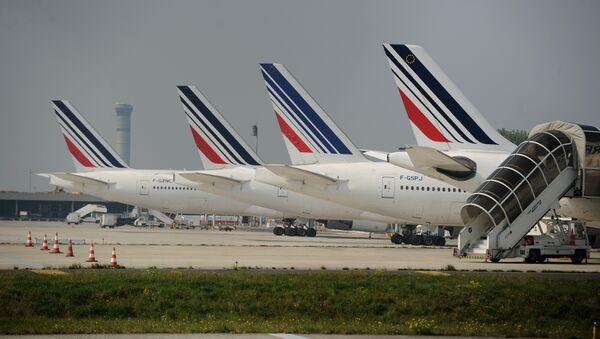 German Investigation Committee 'Protracting' Inquiry Into NSA Spying Scandal
MOSCOW (Sputnik) — The internal documents of the two services showed that the secret antennae on the Earth could intercept the signal transmitted via satellites if the telephone using the signal was at the altitude of 10,000 feet, Le Monde newspaper reported.

According to the newspaper, which collaborated with The Intercept website that received a trove of secret documents from Snowden, simply switching on the phone was enough for the intelligence agencies to track it.

NSA or GCHQ would then be able, reportedly, to cross-reference the data with the list of the passengers and even switch off the phone remotely to receive access codes after the device was rebooted.

NSA Contractor Stole 500Mln Pages of US Secrets Over 20 Years
According to the newspaper, Air France flights were chosen because the CIA had classified them as potential terrorist targets, along with Air Mexico.

The intelligent services allegedly intercepted calls on a number of commercial flights, including Russia's Aeroflot's Nice-Moscow flight on May 20, 2011.

The GCHQ reportedly noted that Aeroflot organized a specific system for GSM connections on its aircraft that could be used for legal intercept.

Snowden is currently residing in Russia, where he was granted asylum after fleeing the United States, following his publication of documents on US global surveillance programs.