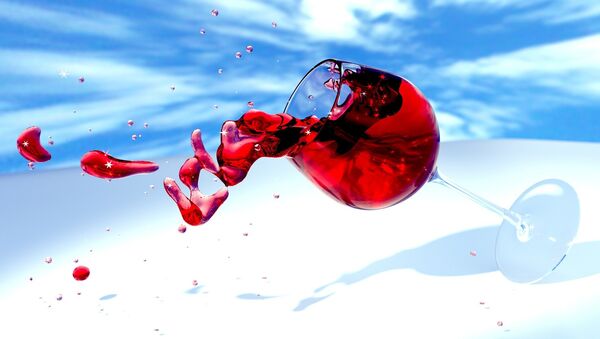 © Photo : Pixabay
Subscribe
The fine food and wine business in the UK could be hit hard by Brexit and the business owners have already started to feel the impact of Britain's decision to leave the EU.

Importing fine foods and wine from Europe has been a good trade for UK businesses. But like many food and wine firms that rely on the free movement of goods and workers within the European Union, British companies may be badly hit by Brexit.

One such company, waiting to see the real impact of Brexit, is The Fine Wine Importers that specialise in sourcing unusual wines from small producers, who employ traditional, natural or biodynamic methods.

"We like to think our range is refreshingly different to anything you'll find in a supermarket or on high street — but still surprisingly affordable," business owner Jerome Soucek told Sputnik news.

Over 5,500 UK Restaurants May Go Under in Next Three Years Due to Weak Pound
​"We have recently opened a new wine cellar and wine shop in Lewes, Sussex in collaboration with a French style cafe Bistro called the Cafe du Jardin. Brexit doesn't seem to have affected the British love of all things French so far. Being based in the Sussex downs, we also sell a variety of English sparkling wines which are rapidly increasing in popularity and quality," Mr. Mr. Soucek told Sputnik news.

He said it was still very hard to tell what impact Brexit shall have on his business given the uncertainty surrounding the triggering of Article 50 and the forthcoming negotiations.

"One thing is clear however — the effect of the value of the pound on our purchasing power and subsequent pricing structure. Whatever the outcome of the Brexit negotiations, this is our primary concern," Mr Soucek told Sputnik.

Most of Mr. Soucek's wines are imported directly from their wine producers in France. Although, there can be some delays, in the rural Languedoc, there is a "fantastic logistics network" between France and the UK which allows for them to import the wines.

"We have concerns that Brexit may make this trading relationship with the EU (and from our perspective, particularly France) more complex, with extra fees/tariffs involved, such as additional transportation charges and tariffs charged when leaving/entering the EU zone. This is of course just speculation and we sincerely hope that trade shall continue as normal given the demand for French wines in the UK and its benefit to the French economy," Mr. Soucek told Sputnik.

Mr. Soucek said that one piece of good news is that they have not noted any decrease in buyers here in the UK. The economy appears to be defying expectations amongst UK buyers, which has pleasantly the producers.

@katehawkings In combination with a weak GBP, because of #Brexit, making wine imports more expensive. What shall we do? Drink water?

​"We were prepared for Brexit in so far that orders were placed prior to the referendum and that has allowed us to maintain nearly the same pricing for the time being. We do, of course, have concerns coming into 2017, should the pound fall as low against the euro as it did in October. In preparation we have begun notifying our trade buyers of price increases introduced in 2017, which we see as inevitable," Mr. Soucek told Sputnik.

With all the concern and worry surrounding Brexit, Mr. Soucek hopes that something may change and that there maybe some light at the end of a very long, confusing tunnel.

"Despite being part of the EU, UK wine importers are required to pay considerable duty and VAT to HMRC on each bottle of wine imported. It is frustrating that as members of the EU, the same rules don't apply to us, which allows for mainland EU members to trade without significant duties. It would be a pleasant surprise if there was a reduction in duty charges in order to bolster UK wine business, given the likely increase in costs following Brexit," Mr. Soucek told Sputnik.

"It would also help, should the EU choose to take the undesirable approach of adding extra tariffs to wine leaving the EU zone. A reduction in UK duty would help the importer and would be reflected in the sale price of a bottle of wine," Mr. Soucek added.

Brexit has caused a lot of confusion and many businesses have already felt the impact of UK's vote to leave the EU. However, noone really knows the real extent to which Brexit will impact their business and, as a result, it has ended up being a waiting game with no predictable outcome.