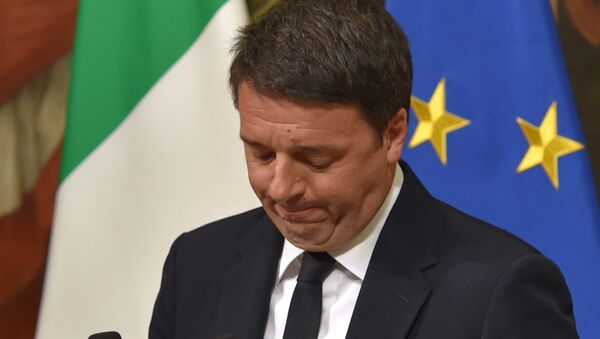 Post Renzi Worries 'Fake', EU Has a Troika Flavored 'Plan B' for Italy
On Sunday, Italians rejected a constitutional reform plan proposed by the country’s prime minister. The referendum was largely viewed as a vote on Renzi’s leadership, and led him to announce his intention to resign on Monday night, immediately after the results were clear.

However, Italian President Sergio Mattarella asked Renzi to postpone his resignation until after the adoption of a law defining the 2017 state budget.

Earlier in the day, the Italian parliament approved the budget, paving the way for Renzi's resignation.

"The budget law has been approved, official resignations at 19. Thanks to all and viva Italy," Renzi posted in his official Twitter account earlier in the day.