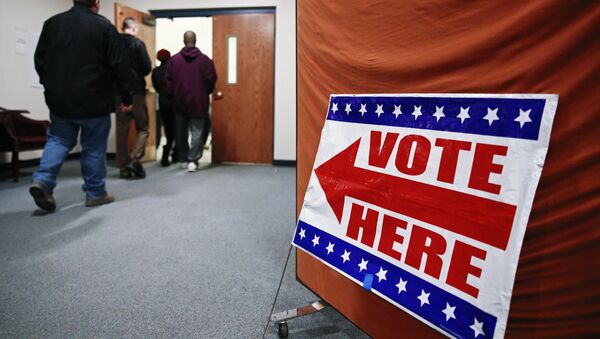 © Sputnik / Stringer
/
Go to the mediabank
Subscribe
International
India
Africa
The battle for presidential election recounts continues to be increasingly grim for those who believed the recount would reveal massive voter fraud. A recently unearthed 1954 Michigan law prevents recounts in any precinct where the ballots do not match the poll books, and half of Detroit’s citizens live in such precincts.

President-elect Donald Trump won Michigan and its 16 electoral votes by a margin of just 10,000, making it the second closest state election this year (only New Hampshire, with a much smaller population, was closer). Green Party candidate Jill Stein, who received just over 1 percent of the national popular vote, has championed a recount in Michigan, as well as in two other states, Pennsylvania and Wisconsin.

With nearly 1.8 million citizens, about 18 percent of Michigan’s population lives in Wayne County (which houses the city of Detroit.) The best hope of overturning election results was in Wayne County due to its size. The thinking goes that there might have been clusters of hundreds, or even thousands, of votes that were either ignored intentionally or unintentionally- and as Clinton won the county by a better than two-to-one margin, most of these uncounted votes would presumably be for her.

However, if half of those votes cannot be recounted, the chances of any significant alteration to the voting figures approaches zero, even if voter fraud was found to be present. According to the Wayne County Board of Canvassers, almost 60 percent of the precincts ineligible for a recount had their count off by a single vote. No precinct had a discrepancy greater than five votes, the report stated.

Daniel Baxter, Detroit Elections Director, told The Detroit News that the fault lies in the city’s aging and defective vote-scanning machines, which were racked with problems on election night.

Some commentators, such as Michigan lawyer and liberal political activist Mark Grebner, are baffled by the strange law that prevents thousands of votes from being recounted due to minor discrepancies. "Michigan law is stupid on this point," Grebner told the free press, adding, "It makes no sense, and it should be fixed. Other states don’t do this."

Lawrence Norden, a legal expert with New York University, speculated that the law was put in place to avoid ballot stuffing. As he told the Detroit Free Press, "You wouldn't want someone to be able to, after the fact, stuff the ballot box and have that counted." But in their zeal to defend their state from ballot-stuffing, the 1954 Michigan legislature may have inadvertently nullified attempts to uncover potential voter fraud.

Yesterday, RIA reported that Philadelphia and Pittsburgh recounted their presidential election votes and found just five votes that had been previously uncounted, a major blow to those hoping the recount would overturn President-Elect Donald Trump’s victory in that state. No evidence of fraud was found in either of those cities.