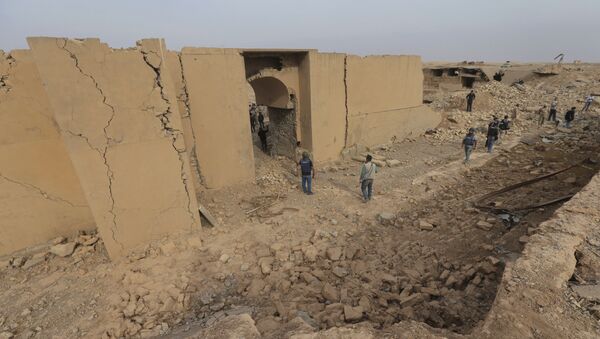 Liberation of Mosul Not Becoming Part of Obama’s Legacy?
ERBIL (Iraqi Kurdistan) (Sputnik) — The parts of the ninth armored division withdrew from the hospital complex taken the day before in the al-Salam district in southern Mosul, the Rudaw news channel reported, citing an officer from the army unit. The source noted that an order to retreat followed overnight fierce fighting with Daesh terrorists who were attacking the hospital from different positions. There has been no information about fatalities or casualties so far.

Earlier on Wednesday, the Iraqi armed forces and anti-terrorist units launched an offensive against the positions of the Daesh terror group, outlawed in Russia, in several districts of Mosul simultaneously.