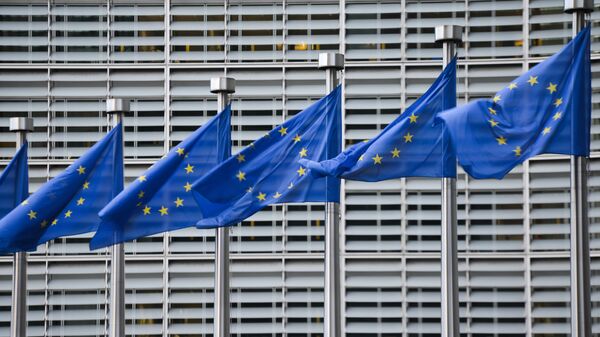 © Sputnik / Alexey Vitvitsky
/
Go to the mediabank
Subscribe
International
India
Africa
The European Commission imposed fines on three investment banks over their participation in a cartel to fix the price of EURIBOR interest rate benchmark.

Barclays and Deutsche Bank in Further Rate-Rigging Probe
BRUSSELS (Sputnik) — The European Commission imposed fines on Credit Agricole, HSBC and JPMorgan Chase banks worth a total of 485 million euros ($520 million) over their participation in a cartel to fix the price of EURIBOR interest rate benchmark, the commission's press service said Wednesday.

According to the European Commission, the banks were part of the cartel of seven banks that was in place between September 2005 and May 2008 to distort the Euro Interbank Offered Rate (EURIBOR) benchmark interest rate, which is used to "reflect the cost of inter-bank lending."

The Commission has already reached settlement with Barclays, Deutsche Bank, RBS and Societe Generale in December 2013.