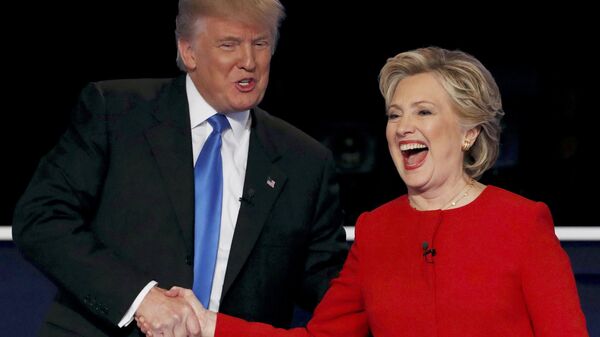 Two presidential Electors in Colorado are suing their governor and secretary of state in an effort to overturn rules stating that they must vote for the ticket that received the most votes.

‘Hamilton Electors’ Aim to Overturn Election Results
Polly Baca, a former state Senator, and Robert Nemanich are fighting for the right to vote against the will of the people and instead choose their own candidate when they vote as Electors on December 19. They are arguing that all presidential Electors have a constitutional right to cast their vote for any qualified candidate, regardless of the November 8 election outcome.

The case is assigned to Judge Wiley Daniel, a President Bill Clinton appointee.

Speaking to Eugene Puryear of By Any Means Necessary on Sputnik Radio, Baca explained that she believes the Electoral College is not currently being used the way that the founding fathers intended.

She stated that the Electoral College was established in the Constitution to “really consider who should be the best candidate for President of the United States.”

“It’s supposed to be a very deliberative process that was envisioned by [Alexander] Hamilton — and what it’s turned into is just a rubber stamp.”

Baca stated that this is the first time she has felt concerned enough to question the validity of the Electoral College. She believes that the Electoral College should either be used as envisioned or be done away with, a point made previously by President-elect Donald Trump.

After inquiring about going against the rules for electors in Colorado, the electors received an email warning that they would be at risk of being replaced if they cast their vote for any other candidate besides Trump.

“1-4-304(5) of Colorado Revised Statutes state that presidential electors shall (must) vote for the presidential/vice-presidential ticket that receives the most votes in the state. Thus, if an elector failed to follow this requirement, our office would likely remove the elector and seat a replacement elector until all nine electoral votes were cast for the winning candidates,” an email to the electors from Joel Albin, Ballot Access Manager, Elections Division, read.

Both Baca and Nemanich are Democrats attempting to rally other electors from both parties to vote for a candidate other than Hillary Clinton or Donald Trump, thereby striking a compromise.

Baca has accused Trump of using his upcoming presidency to further his business, though it is unclear if the elector would have questioned accusations of financial impropriety surrounding the Clinton Foundation.

“If Hamilton was here today, he would urge us all to vote against him [Trump],” Baca continued.

The duo repeatedly cited Alexander Hamilton in their eight-page complaint.

“The electors were created so that they, as a deliberative body, would be ‘detached’ and less prone to be influenced by the ‘heats and ferments’ of a raucous election,” the complaint reads. “The electors would help ensure ‘the office of President [would] never fall to the lot of any man who is not in an eminent degree endowed with the requisite qualifications.’ The electors create an ‘obstacle’ to ‘cabal, intrigue, and corruption’ and prevent ‘foreign powers [from] gain[ing] an improper ascendant in our councils.’”

Obama: I May Step in to Defend US Values After Trump's Inauguration
“The Electoral College, then, including Plaintiffs, must be free to vote for any candidate so as to avoid electing someone, such as Messrs. Trump and Pence, who only have ‘[t]alents for low intrigue, and the little arts of popularity,’” according to the complaint.

The complainants argue that by facing an imminent threat of being replaced as electors, their Twelfth and First Amendment rights would be violated, as well as Article Two of the Constitution.

The two electors have asserted that even if they do not win, provided they are not removed from the job, they will defy the law and vote for a Republican alternative instead of Clinton, who won the state.

The two Colorado electors are not alone.

A third elector in the state, Michael Baca (no relation to Polly Baca), is leading the charge for “Hamilton Electors” to overturn the election results, along with Washington State elector Bret Chiafalo. Both are also Democrats.

As Sputnik reported Tuesday, the group posted a video calling on Republican electors to join them. Texas elector Chris Suprun answered the call, announcing in the New York Times that he will not honor the will of his neighboring voters.

In November, a Republican elector from Texas stepped down, as he felt he could not morally justify a vote for Trump, who, he believes, is not “biblically qualified” and would bring “dishonor on God.”