Liberation of Mosul Not Becoming Part of Obama’s Legacy? 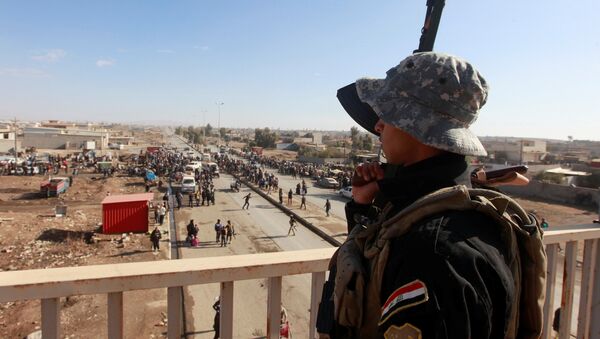 Despite encouraging early progress in the campaign to recapture Mosul, it appears that Daesh militants are not surrendering the organization’s last major stronghold in Iraq as quickly as was originally anticipated.

According to a report by DEBKAfile's military and intelligence sources, on Sunday a delegation of Daesh leaders arrived in Mosul from Raqqa, the group's headquarters in Syria, to deliberate on the synchronization of military operations.

US Warship San Antonio Ends Participation in Anti-Daesh Operation in Libya
The sources report that some Daesh militants and administration officials who fled Mosul in the beginning of the US-backed Iraqi army offensive in October have now turned back.

According to the website, the return of Daesh members to the embattled city should be regarded as a clear sign that the offensive will not be successfully concluded in the next few months, and certainly not by the end of Barack Obama's Presidency, depriving him of a potential crown jewel in his legacy.

Anti-Daesh forces completely surrounded Mosul some six weeks after the launch of the offensive, but progress has stalled due to a vigorous defence by the jihadists, damping the coalition's initial impetus, military experts say.

"Daesh has been employing the most vicious tactics, using civilian homes as firing positions as well as abducting and forcibly moving civilians, effectively using them as human shields," said Jan Kubis, the top UN envoy in Iraq, cited by AFP.

US Defence Secretary Ashton Carter said Monday that while the fight to liberate Mosul would be hard, it is "possible" that the mission could be completed before Obama exits the White House in January. Yet, many expect the future of the campaign to depend on decisions by incoming President-elect Donald Trump, who has criticized Obama for not being firm enough on Daesh.