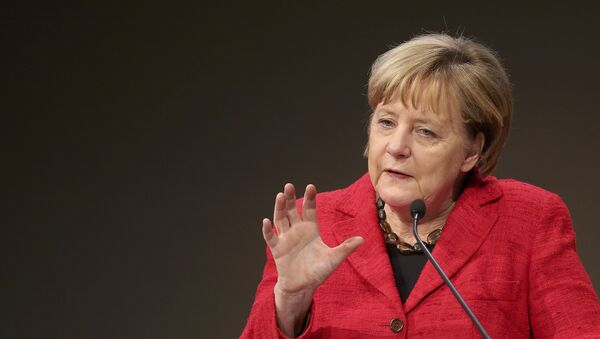 MOSCOW (Sputnik) — Angela Merkel's CDU party is working on a policy paper that advocates a tougher stance towards Russia.

"We are dealing with the situation in the world, especially in the light of the US presidential elections, in which the approaches in the world must be re-formulated, regarding above all such important things as NATO and relations with Russia," Merkel said speaking at the Christian Democratic union (CDU) party conference.

Relations between Russia and the West deteriorated in 2014, after the overwhelming majority of the Crimean population voted in a referendum to leave Ukraine and rejoin Russia. In April 2014 Kiev authorities launched a military operation against pro-independence militia in Donbass.

In February 2015, the two sides reached a ceasefire deal after talks brokered by the leaders of Russia, France, Germany and Ukraine — the so-called Normandy Format — in the Belarusian capital of Minsk.