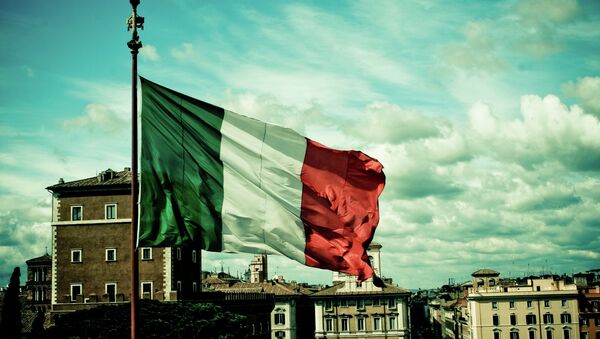 © Flickr / Dave Kellam
Subscribe
Italian parties are preparing for potential snap elections, which may happen due to Prime Minister Matteo Renzi's resignation and significantly reshape the political landscape of the Mediterranean state.

Majority of Italians Reject Constitutional Reforms in Referendum - Exit Polls
MOSCOW (Sputnik) – On Sunday, Italians voted in a referendum on whether the constitution should be amended to curtail Senate powers and speed up the lawmaking process. The referendum was widely seen as a test of prime minister's leadership and a number of opposition leaders called for him to resign as almost 60 percent of voters opposed Renzi's proposals.

Following the Sunday referendum, the country’s Prime Minister Matteo Renzi announced his decision to resign. President Sergio Mattarella asked Renzi to delay the resignation until the approval of the budget, currently discussed by then parliament. Then the president will start talks with party leaders on forming the new government or call snap parliamentary elections.

Renzi’s decision to step down could result in several scenarios, each of them leading to a different outcome.

What Next? Europe After Italy’s Referendum
The first of such scenarios implies that there could be a new government in the country that would be in power before the next elections in 2018. Italian media and experts predict that such a government could be headed by President of Italy’s Senate Pietro Grasso or by Italian Finance Minister Pier Carlo Padoan.

The second option could happen if Mattarella does not accept the resignation of the cabinet, while yet another version has in mind snap elections held in the country in order to form the new parliament and consequently the new government.

The potential elections are expected to strengthen the positions of opposition parties, such as the eurosceptic Lega Nord Party or the Five Star Movement (M5S), as their opposition to Renzi’s proposals has been supported by majority of voters in the recent referendum despite certain differences in their own political platforms.

Post Renzi Worries 'Fake', EU Has a Troika Flavored 'Plan B' for Italy
Against the backdrop of the potential dissolution of the parliament, a number of political parties have already voiced their position in regard to the possibility of snap parliamentary elections.

Italian Interior Minister Angelino Alfano, from the New Centre-Right party that had supported Renzi’s initiative, said that his party would not oppose the move of the president, if he decided to hold snap elections. The politician said that potential elections could take place in February 2017, but the decision on the issue was in the competence of the president.

Gianluca Savoini, adviser on international politics of Lega Nord told Sputnik, that his party supported holding early elections, adding that this was the only similar point in political programs of Lega Nord and the M5S.

"In fact, M5S's demands are just propaganda and big words. Dangerous party leader Bepper Grillo's main goal is to set up a system of power that would benefit from the confusion and fear among the electorate in Italy. We have nothing to share with them, the only thing we have in common is our readiness to hold snap elections as soon as possible," Savoini said.

Italy’s Referendum Another 'Case of Dissatisfaction With Politics as Usual'
The politician added that he agreed with some of M5S's statements that question the leading role of the European Union and the European Commission regarding the EU member-states but emphasized that most of M5S's slogans is a part of party's propaganda campaign, including the demands for a national a referendum on whether Italy should keep the euro.

After the Sunday referendum, the so-called populist M5S has already called for early elections.

Michele Dell’Orco, the parliament member from the M5S told Sputnik that the movement was calling to "get up and hold new parliamentary elections as soon as possible," pointing that surveys were in favor of the M5S.

At the same time, he added that both left and right-wing political parties would like to rewrite a new electoral law to prevent the movement from getting the majority in the possible snap elections.