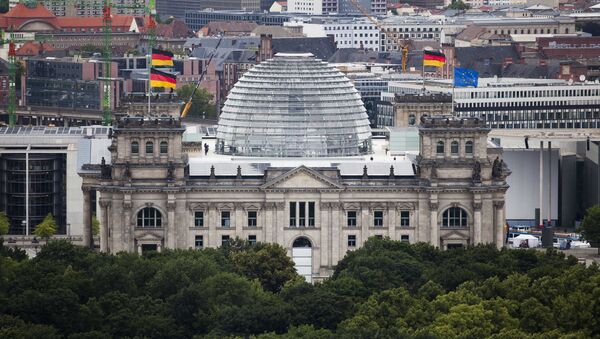 WikiLeaks published 2,400 documents on the NSA spying affair, according to which Germany's Federal Intelligence Service (BND) was involved in the creation of the spy software that was later used by the NSA to tap top-ranking officials. It was also said that BND used the software in its work.

In an interview with Sputnik Germany, German politician and member of the Pirate Party, Jens Stomber, said that he no longer believes that the investigation committee will be able to properly conduct an inquiry into the issue.

World
WikiLeaks Releases Info on German Inquiry Into BND Surveillance, Work With NSA
The investigation committee into the German Bundestag was established in 2014 and was tasked with investigating how and to what extent foreign secret services had been spying on European citizens, including German high-ranking politicians and top-officials.

However, the committee has not fulfilled its task properly, the politician argued, adding that it is necessary to exert pressure on the committee and force it to finish its work.

The leaked papers that WikiLeaks published online showed that at least one employee of Germany's Federal Intelligence Service (BND) was actively involved in the creation of the spy software XKeyscore and used it in its work. Previously it was said that only US intelligence agencies had used the spying program.

Meanwhile, WikiLeaks founder Julian Assange claimed the NSA investigation committee is too cowardly to allow Edward Snowden come to Berlin and testify on the spying affair. In an interview with Sputnik, Stomber supported this point of view.

"This committee was established on the basis of Snowden's revelations. That is why Snowden is one of the most important witnesses, in my opinion. There are also attempts to shake his credibility which is why it is important that he appears there in person. This is a common practice for a criminal case," the politician said.

In 2013, former NSA intelligence officer Edward Snowden leaked classified documents pertaining to mass surveillance practices carried out by US authorities around the globe. The same year, Russia granted the whistleblower temporary asylum for one year. In August 2014, Snowden received a three-year residence permit to live in Russia. In the United States, Snowden faces up to 30 years in prison on charges of espionage and theft of government property.