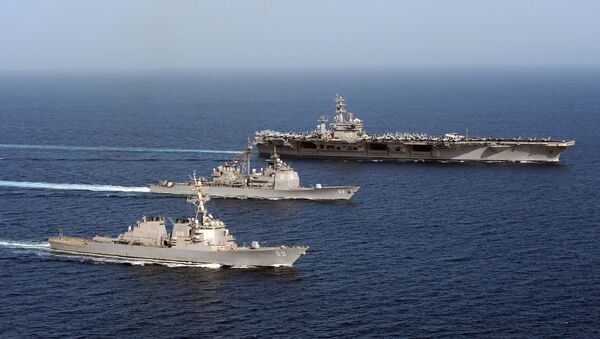 The US Navy’s carrier strike group Dwight D. Eisenhower, known as IKE, passed through the Suez Canal after five months of providing air support in the fight in Iraq and Syria against Daesh terror group, and conducting security-cooperation efforts in the Persian Gulf, according to a press release.

US Eisenhower Carrier Strike Group Begins Anti-Daesh Operations
WASHINGTON (Sputnik) – According to the Navy, the strike group has joined coalition partners to conduct air strikes in Iraq and Syria in support of Operation Inherent Resolve.

The IKE carrier strike group is now headed to the Atlantic Ocean, in the Navy 6th Fleet's area of operations, to support European allies and regional and coalition partners as part of a routine deployment, the release added.