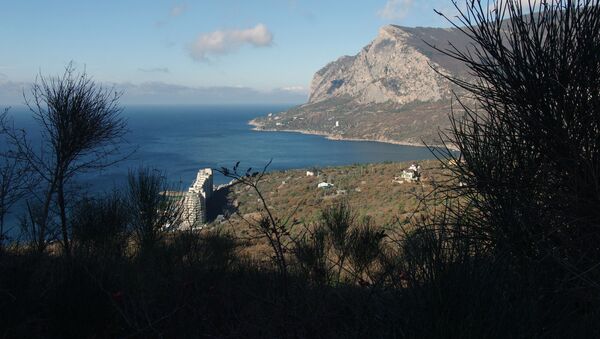 © Sputnik / Vasiliy Batanov
/
Go to the mediabank
Subscribe
International
India
Africa
Crimea’s rejoining Russia in 2014 is the subject of a scientific study by Iranian expert on international law Maryam Jalalvand. In an interview with Sputnik Persian she proved why Crimea is part of the Russian Federation.

She added that some Iranians experts disagreed, arguing that Kosovo’s independence cannot be compared with that of Crimea.

“Still, the most important thing here is the principle of noninterference. If a country fails to guarantee the rights of its citizens, the international community can’t  turn a blind eye to large-scale and systematic violations of human rights in that country. At the height of the Ukrainian crisis there were massive violations of human rights there, and it was with this principle in mind that Russia acted in Crimea,” she noted.

Maryam Jalalvand mentioned Article 1 of the UN Charter, which recognizes the right to self-determination  by way of secession, which is also in line with  Resolutions 1514 and 2625 respectively approved by the UN General Assembly in 1960 and 1970.

Russia
West Ignores Human Rights Progress in Crimea After Reunification With Russia
She added that for any ethnic minority whose constitutional rights are openly violated, or who are denied the right to participate in the country’s political life, secession is considered by international law as the only way out.

As for the presence of Russian troops in Crimea and [then Ukrainian] President Viktor Yanukovych’s letter to the Kremlin asking for the use of the Russian Armed Forces in restoring constitutional law and order in Ukraine, Maryam Jalalvand argued that Russian troops were stationed in Crimea fully in line with the provisions of a pertinent accord earlier signed by the two countries.

She also described as fully justified Moscow’s wish to save the lives of ethnic Russians living in Crimea and the 2014 referendum where over 70 percent of Crimeans voted to reunite the peninsula with Russia.

"They wouldn’t have done this without seeing their rights violated by the Kiev authorities, would they?” Dr. Jalalvand continued.

She pointed to the international recognition of Kosovo’s self-styled independence as another justification of Crimea’s proclamation of independence in 2014.

“In 1999 the US and its allies bombed Federal Yugoslavia under the pretext of protecting the ethnic Albanian population of Kosovo and without any UN authorization,” Dr. Jalalvand said.

“The Americans and their allies placed Kosovo under UN jurisdiction and then organized talks between Serbs and Kosovans to outline the terms of their further cohabitation.”

Russia
Crimea's Reunification With Russia Not Topic For Negotiations
As a result, the UN General Assembly passed a unilateral declaration on Kosovo independence.

“Now they refuse to recognize the Crimean referendum as a legitimate expression of the Crimean people’s will arguing that it was held without any international oversight. The fact is, however, that the turnout and number of those who voted for reunification with Russia was so overwhelming that the Americans were forced to recognize the results of that plebiscite.”

“Therefore, Russia’s position on and its actions in Crimea were fully justified, even if they were not entirely in line with the letter of international law,” Maryam Jalalvand emphasized.