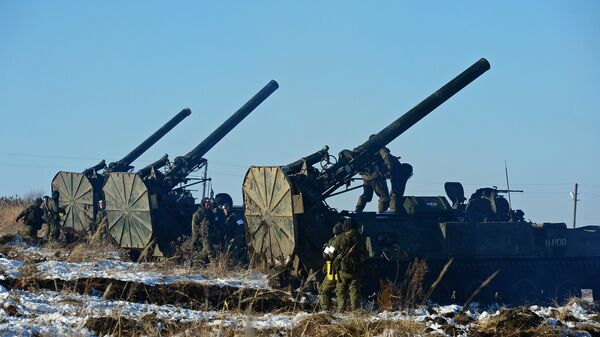 "An artillery division was raised by the emergency drill alarm and moved in a short time to the specified region. The division marched through mock infected areas and reflected a mock enemy attack," Matveev told journalists.

Killer Names: The Funny Side of Some of Russia's Most Lethal Weaponry
According to Matveev, the artillery division had practiced the deployment of the self-propelled mortars 2S4 Tyulpan and struck a mock enemy avoiding the retaliatory strike.

Self-propelled mortar 2S4 Tyulpan is considered to be one of the most powerful in the world, with a 240 mm caliber and 20 kilometers (12.43 miles) range. At such range, Tyulpan can destroy fortified buildings, enemy troops and armed vehicles.