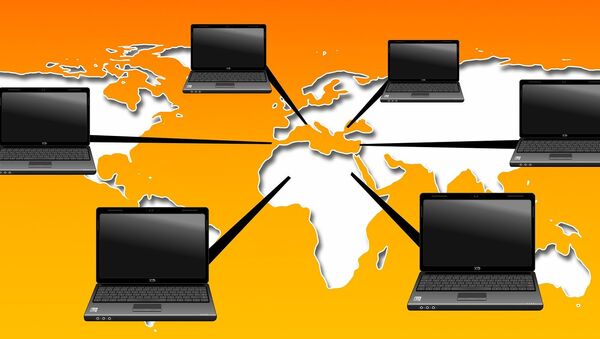 West Already Weaponizing Fake News
“Fake News” is the latest and most provocative bit of “Genuine Propaganda” to be parroted across media. The American presidential election upset is now being used as a springboard for still more corporate-government control of the press. If the perpetrators of this media control campaign are not stopped, democracy will fail as a viable idea. Deutsche Welle is part of a German media landscape almost completely controlled by the state, huge corporations, and elites with vested interests in forging public opinion. Before we get into the precise breakdown of German media, we must first examine Mrs. Merkel’s rhetoric on the state of “Fake News”. Per her statements to parliament:

“Something has changed — as globalization has marched on, (political) debate is taking place in a completely new media environment. Opinions aren't formed the way they were 25 years ago. Today we have fake sites, bots, trolls — things that regenerate themselves, reinforcing opinions with certain algorithms and we have to learn to deal with them.”

Before I go on, allow me to translate Frau Merkel’s comment in the context of a Europe largely on its knees to Washington.

German Chancellor 'Merkel is Responsible' for Rise of Euroscepticism in EU
Something has changed as the global march of pseudo-democracy has marched on. Merkel, and the other Cold War relics like her, they got behind in understanding how truth filters through collective media. Deutsche Welle and the state funded media, along with Alex Springer, Bertelsmann, and a score of other corporate media underestimated the “new media environment” the German Chancellor speaks of. The political debate she hints at, can no longer be dominated by the elites who try and control the message. The Chancellor’s fantasy that bots and armies of trolls are assailing the democratic message, it’s acute proof western leadership borders on madness. Finally, the insinuation algorithms and mysterious Russia control mechanisms are at work betrays this insanity further. With tens of billions, perhaps trillions of dollars and euros spent combating every form of security risk imaginable, how in hell could western governments have failed to “deal” with ANY threat? Not that his point is made…

Deutsche Welle’s Fiona Clark is in Moscow now. The state run broadcaster’s latest hatchet lady, Clark’s expertise was formerly in the medical field in Australia, but since 2012 she’s been in Russia contributing to DW, and the Kyiv Post plus a score of associated media re-publish her anti-Russia message each time her column goes live. I could delve into Ms. Clark’s online past, but for now it’s enough that the reader knows she’s the equivalent of what Angela Merkel’s team would call “Putin troll”.  If you want to prove out the lady’s Russophobic tendencies, perform a Google News search for; “Fiona Clark Deutsche Welle”, the resulting 400 and something articles are each-and-every-one caustic and anti-Putin. A sampling of headlines proves my point: Russian elite's dog days of summer, A Russian storm in a sherry glass, Russia's love for damned lies and statistics, Russia's rhetoric stokes fears at home and abroad, Boris prepares to take on the Russian bear, 'Divide Europe': European lawmakers warn of Russian propaganda, and the list goes on, and on, and.. Well, you get the point.

Now to the case for Frau Merkel’s government. If Fiona Clark can be considered one end of the political debate Mrs. Merkel refers to, and I think this is fair, then who is at the other end if Deutsche Welle is truly the benchmark for unbiased news and opinion? Of course, the question is rhetorical, for I know who.

On August 2016, Deutsche Welle was accused of being “pro-Russian” by the Ukrainian organization, the Kharkiv Human Rights Protection Group. In a cruel (for the Bundestag if this goes farther) twist of logic, a bias leveling DW Moscow head is whipped by an NGO that uses social media and questionable sources just like those “trolls and bots” Mrs. Merkel warns of. Furthermore, funding for KHPG comes from none other than George Soros, the “neocon slush fund”(Robert Parry) – the National Endowment for Democracy, the US Embassy, and other “interested” parties. So, when Rescheto Tweeted using the hashtag #CrimeaisRussia on Twitter, this was going against the grain. Looking at Rescheto, he was made the Moscow studio chief back in 2015, but he is now only published in the “opinion” section of Deutsche Welle.

German Political Fairy Tales Feature Ridiculously Russophobic Propaganda
So, the “political debate” German public media is supposed to be offering gets shifted to the Russophobe side, and to sellouts like Fiona Clark? Here is Deutsche Welle’s current byline for Clark: Fiona Clark writes a regular column for DW from Moscow. But the former Moscow studio head Yuri Rescheto, after taking a media junket to Crimea, is listed as; “DW's Juri Rescheto”, and “based in Moscow as DW’s correspondent” only. The German state run broadcast entity gets mileage out fo Recheto proclaiming on his profile; “(Recheto) has a Russian soul and a German view on the topics he covers”. It seems rousingly obvious Recheto’s Russian soul has been exorcised a bit by the powers that be. I Tweeted him before publishing this piece, but received no answer as of post time. Turning back to Fiona Clark we can examine more closely what Germany’s leadership considers “legitimate news”.

In the most recent piece by Ms. Clark, another condemnation of Mr. Putin, relies on some of the most biased and least credible sources I can imagine. For starters the Deutsche Welle author cites the dubious PropOrNot, that has published it’s version of a “media hit list”.

Washington Post’s Piece on Fake News Promotes Fake List of Unreliable Sources
The organization Glenn Greenwald classified as “hidden and very shady” in his condemnation of The Washington Post for having cited them, is just that. Greenwald barbequed the Washington Post’S Executive Editor, Mary Baron over the shoddy journalism. Now Deutsche Welle (and apparently, Germany) have turned to a source only described as; “a nonpartisan collection of researchers with foreign policy, military and technology backgrounds”, in order to uncover hundreds “Fake News” pundits? I am reminded of the moment Dorothy, of Wizard of Oz fame, watches her dog Toto sneaking into the Wizard’s curtained control booth there in Oz.

I cannot begin to express how dangerous this campaign on “Fake News” is. Deutsche Welle is an arm of the German government. Unlike the Washington Post and other media owned by interested billionaires, me and everybody in Germany pays for this media. Not many westerners understand how the German TV tax collector comes to everybody’s door to count TVs. I mention this just to plant the seed of “truth” understanding. Angela Merkel is overstepping her mandate on this one. Whether she unwittingly listens to advisers misleading her on the digital media landscape, or if she acting on her own impetus, instigating legislation and possible censorship is even more serious than flooding her country with refugees. If the German people had an outlet for more unbiased news related to this, the censorship issue would not be aimed at Russia or a couple of hundred dissenters.

West Already Weaponizing Fake News
Merkel’s beloved EU just passed legislation aimed at not only counter-attacking perceived Russia propaganda, but naming the Russian Orthodox religion in early drafts. The day after parliamentarians in Strasbourg approved the creation of an “EU Army”, the same legislators gave the go-ahead for what Mrs. Merkel seems to be putting in motion. With Europeans from Ireland to Constanta broken over sanctions and austerity measures, Merkel and other leadership intend to heap still more tax burdens on the people. The costs for these measures notwithstanding, most of the people in Europe have no fear of Russia even with reports daily from the likes of Deutsche Welle and others.

In my humble opinion, we should start investigating Deutsche Welle, Google’s Digital News Initiative, NGOs in Europe that have influenced all European news, Bertelsmann’s RTL Group, and especially the politicians selling us the idea only Russia uses propaganda. There’s a saying in America; “What’s good for the goose, is good for the gander”, and I can think of no more unbiased news truth than that.

000000
Popular comments
The only reason why the EU wants to ban the so called independent news sites is because they reflect the truth and prove the mainstream narrative to be fake.