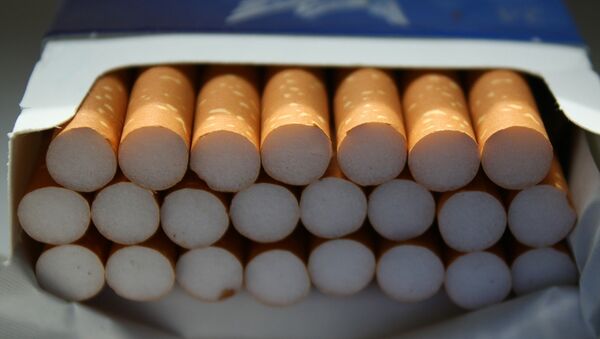 No amount of tobacco use can be considered safe, with even the lightest smokers who limit their intake to one cigarette a day facing a 64 percent greater risk of early death, the US National Cancer Institute said in a report on Monday.

Smoking Moose Can't Get His Fix From Fumes
WASHINGTON (Sputnik) — The risk of early mortality increased 64 percent for single cigarette smokers and 87 percent for people who smoke between one and ten cigarettes daily, when compared with never smokers, the release noted.

"Those who consistently averaged less than one cigarette per day over their lifetime had nine times the risk of dying from lung cancer than never smokers," a press release explaining the report said.

Smokers not only die from cancer, they also risk death from respiratory diseases, such as emphysema, as well as death from cardiovascular disease, the release added.