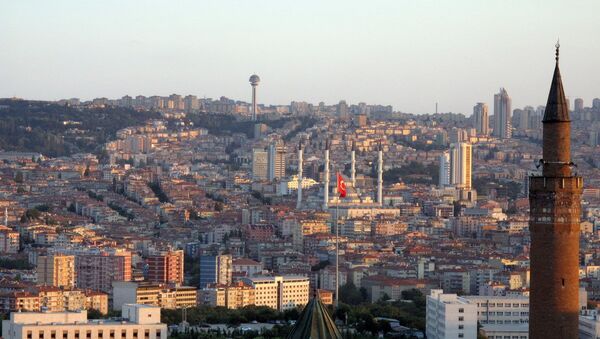 © Flickr / Peretz Partensky
Subscribe
The abolition of the visa regime between Turkey and Russia is the biggest expectation of Ankara in relations with Moscow, Turkish Prime Minister Binali Yildirim said on Monday, a day before his official visit to Moscow is set to kick off.

ANKARA (Sputnik) — Yildirim's visit, made at Medvedev's invitation, is set to last through Wednesday.

"This is my first visit abroad after the traditional…ministerial visits to North Cyprus and Azerbaijan. We will hold talks with [Russian Prime Minister] Dmitry Medvedev, [Russian President] Vladimir Putin and [Head of Russia's Federation Council] Valentina Matvienko. After Moscow, we will visit Kazan and will meet with President of [the Russian Republic of] Tatarstan Rustam Minnikhanov… The abolition of visas is our greatest expectation," Yıldırım told reporters upon his departure from an airport in Ankara.

He noted that relations between Moscow and Ankara started to normalized after the crisis, which was provoked by Turkey's downing a Russian plane over Syria in November 2015.

Turkish Lawmakers Ratify Turkish Stream Gas Pipeline Deal With Russia
"We have experienced some damage, now it's high time to catch up. Russia still restricts imports of Turkish fruits and vegetables. This issue will be also discussed there [in Moscow]," the Turkish prime minister said.

According to him, the sides are also expected to discuss the situation in Syria, Ukraine, and the Caucasus.

Russian-Turkish relations deteriorated after the downing of a Russian military plane by a Turkish fighter jet in Syria on November 24, 2015. Moscow imposed a number of restrictive measures on Turkey in response to what Putin then described as a "stab in the back."

Amid bilateral tensions, visa-free travel of Turkish citizens to Russia was also abolished.