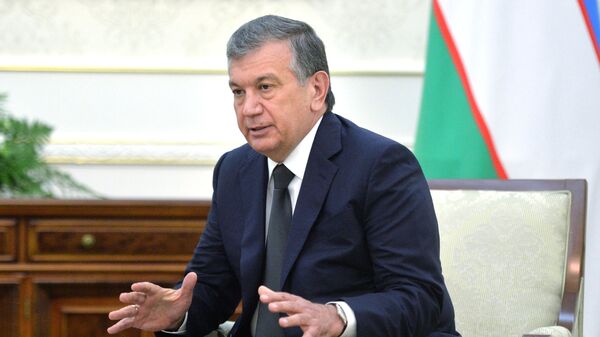 Uzbekistan is holding presidential election on Sunday with the interim president, Prime Minister Shavkat Mirziyoyev, as a clear front runner.

MOSCOW (Sputnik) — Mirziyoyev was born on July 24, 1957 in a doctor’s family in Zaamin District of Uzbekistan’s central Jizzakh Region.

In 1981, he graduated from the Tashkent Institute of Irrigation and Melioration with a degree in mechanical engineering. Mirziyoyev has a PhD in technology.

Uzbekistan Presidential Vote Turnout Passes Validity Threshold
In 1981, he received his first job as a junior research associate at the Tashkent Institute of Irrigation and Melioration. Mirziyoyev was eventually promoted to a senior lecturer, assistant professor and vice chancellor for academic work.

He was elected a lawmaker of the Supreme Soviet of the Uzbek Soviet Socialist Republic in 1990, and chaired its Credentials Commission. In 1992, the presidential candidate was appointed the head of Tashkent’s Mirzo-Ulugbek district.

All 4 Uzbekistan Parties Allowed to Partake in Presidential Elections
At the same time, the prime minister headed the agriculture and water resources sector, oversaw the processing of agricultural production and consumer goods manufacturing, as well as the work of the Ministry of Agriculture and Water Resources and the State Committee on Land Resources, Geodesy, Cartography and State Cadaster.

On September 8, members of the Legislative Chamber and Senate of the Oliy Majlis held their joint meeting and appointed Mirziyoyev an the acting president of Uzbekistan.

During his career, Mirziyoyev received the Order of Labor Glory (Mekhnat Shukhrati) and the Order for Selfless Service (Fidokorona Khizmatlari Uchun). He is married and has two daughters and a son.