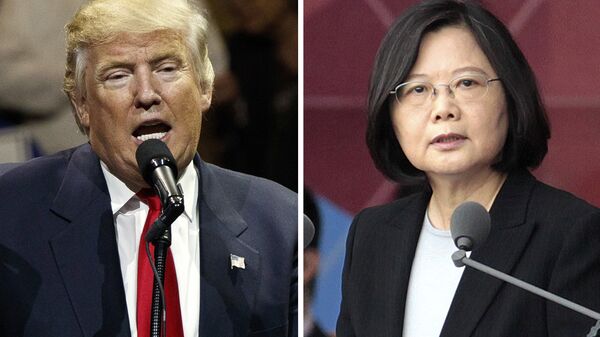 "We have noticed relevant reports and have already made a tough representation to the US side," the spokesman said in a statement published by the ministry.

According to the state news agency Xinhua, the protest urges the United States to honor the One China policy and the countries' joint communiques.

Trump spoke with Tsai Ing-wen on Friday in a move that broke with the White House’s four-decade-long policy on what Beijing considers its breakaway province.

Trump emphasized in a tweet the talks were not his initiative. He said President Tsai congratulated him on his November 8 victory.

The United States sticks officially to a "One China" position but has kept informal relations with the island east of the Chinese mainland after severing diplomatic ties with it in 1979.