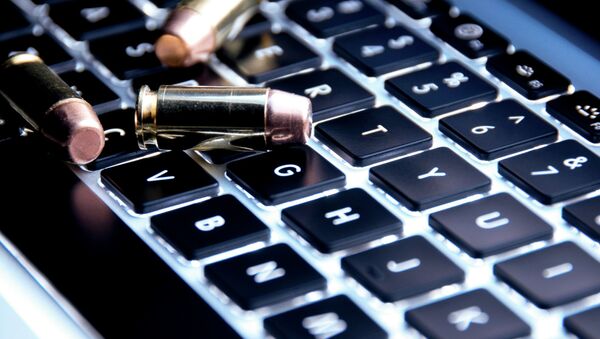 US Army generals gathered Thursday afternoon to begin outlining a new electronic warfare/cyber unit that could potentially conduct its first experimental exercises overseas as soon as 2017.

US Army Pushes to Grow Its Cyber Command

Officers from US intelligence and cyber/signal centers were among those in attendance at the Association of Old Crows conference. Thursday’s meeting centered on establishing a blueprint for a deployable operational unit, though over the last two years cyber teams have already been honing their skills in wargames alongside units of Strykers, Airborne, Rangers, infantry and tanks.

During a 2015 exercise, Col. William J. Hartman, who commands the 780th Military Intelligence Brigade, told the Army website, "The goal of the pilot is to analyze how we integrate a cyberspace operational capability at the corps level and below. For this particular iteration, we're focusing on how we integrate a capability with a brigade combat team at the National Training Center."

He added that cyber capability is critical to closing the cyber gap between Washington and its foreign rivals.

"If we look at what's going on in the world, whether it's what's going on in Southwest Asia with ISIL or what's going on in EUCOM [US European Command] with the crisis in Ukraine, we've seen that our peer competitors or adversaries are very aggressively using cyberspace to support their operations…As an Army, we have to understand that environment." he said.

Army projections do not show the service receiving its first jammer until after 2020, and the service is considering buying off-the-shelf equipment for training purposes. Frost said, "With the analysis that we’re doing over the next three to six months, we’ll rack and stack what are the capabilities that exist today that can allow us to experiment."

This indicates that the new unit would begin to form during summer 2017. "I know it’s really aggressive,” she noted, “but I think that’s where we need to be."

Frost added, "Before, it was just a concept, it was PowerPoint, now we’re looking at timelines, how do we actually get to achieving that objective, and having an organization, people, and training by this summer."