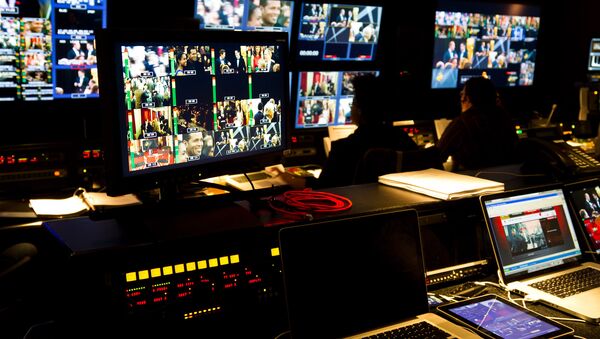 Labor Leader Corbyn Calls Jo Cox Murder ‘Extreme Political Violence’
As Britain tries to heal itself after a Brexit marred by the senseless death of Labour MP Jo Cox, shot and stabbed by deranged Neo-Nazi fanatic Thomas Mair on 16th June 2016, a shadowy website has told the New Yorker that it believes Russia ‘uses Crazy people to kill its enemies.’

Propaganda or Not, also known as ProporNot, is a self-appointed group of anonymous online activists supposedly culled from defence, foreign policy, and technical backgrounds charged with the mission of outing so called pro-Russian fake news sites.

However, ProporNot has raised serious doubts as to its own authenticity with the New Yorker’s Adrian Chen today exposing the activists as little more than a group of hard-line Russia baiters peddling bizarre conspiracy theories in Great Britain and the United States where both Brexiteers and Trump supporters have earned the site’s ire.

Chillingly making the most of Jo Cox’s brutal and untimely demise at the hands of a madman who had absolutely nothing to do with Russia, ProporNot tweeted on November 24th- “Jo died for her (our) ideals. Russia is not contained, so for now we err on the side of caution.”

Hooked on its own conspiracy theories, ProporNot tweeted on Nov 22nd: “If Russia was involved in overturning the will of the American electorate that would be an act of war. Literally.”

A Threat to Freedom?

ProporNot has compiled a rambling McCarthyite list of over 200 websites it believes to be promoters of so called Russian propaganda in the form of alleged fake news. Among these sites are not just Brit-friendly RT and Sputnik- but those that serve US veterans, health sites, and such internet giants as CounterPunch, the Drudge Report, and Truthdig. Bizarrely, even UFOholic, a site dedicated to alien hunters, made it onto the list.

While ProporNot’s content resembles the EU-funded twitter feed of the East Stratcom Team conceptually, tweets are far cruder in tone. Tweets that indicate ProporNot’s ‘methodology’ in drafting its hit list of over 200 sites include-‘Pretty much anyone hating on Soros is echoing Russian propaganda, it’s a good rule of thumb.’ In other words, any criticism of Soros now means you’re a spreader of fake news.

Anti-Russian Hysteria in US Aimed at 'Diversion of Voters' Attention'
ProporNot appeared mysteriously this year, immediately tapping into the anti-Russian paranoia spun by David Cameron’s comments about Russia’s supposed Brexit views and more recently, the claims from the now thoroughly beaten Clinton camp that Russia had somehow interfered in the US elections. Several ProporNot tweets claim their volunteers are US citizens of Ukrainian and Estonian descent- which while providing a motive, of sorts, doesn’t exactly convince anyone that this is the work of non-state actors alone.

ProporNot might easily be written off as the work of a lone crank fearful that the Trump presidency might see Ukraine’s budging towards NATO and the EU suddenly placed in dire jeopardy. But the operation has enough credibility to seemingly convince Kurt Eichenwald, a high profile disparager of Sputnik’s efforts, that it is sincere. Other tweets connect such diverse actors as the Atlantic Council and Michael Weiss. It paints a worrying picture of an extremist conspiracy theory site that claims President Elect Trump was recruited by Russian foreign intelligence at a beauty pageant in Moscow in 2013- that is slowly gaining acceptance among high profile traders in Russophobia.

Putin's Octopussy: A Terrifying Tale of Russia's Weaponized Tentacle Monsters
While sanctimoniously claiming that Russia is ‘influencing public opinion through online propaganda’ and that ‘Russian propaganda targets all Americans,’ ProporNot has thought nothing of targeting free speech in the US as it sets out to destroy the stability of American democracy. Yet the toxic effects upon civil discourse and faith in western institutions are mere collateral damage for ProporNot’s true agenda. At what point does backhanded lobbying for Kiev, no matter how inept, become unacceptable?

In terms starkly reminiscent of the Nazis, ProporNot encourages its followers to mark sites they may consider to be pro-Russian with a YYY on the side of their name. Meanwhile, the group, whose methodological approach the New Yorker has described ‘as a mess’ claims to have developed new technical capabilities designed to identify fake news tailored to the Kremlin’s line.

Pointedly, the New Yorker has debunked the entire thing as a threat to Americans. For its part, ProporNot’s site says with no pathos intended- that it is ‘awaiting an official response’ on its new software capabilities.

For a group whose aim is silence as many Americans as possible, its members are unsurprisingly reluctant to reveal their true identities. Yet ProporNot did not appear in a vacuum. The site is a mimic of the EU’s own disinformation cyber operation- the East Stratcom Team and its online resources pages is stuffed with the arcane writings of professional Russophobes and governmental advisors like Peter Pomerantsev and Anne Applebaum. This is the bedrock upon which the entire operation is in fact built.

The Art of Propaganda: Why is Russia Called the Main Threat to World Peace?
Cloaked in the contrived legitimacy of the inquisitor, ProporNot has embarked on a futile mission to shut down RT, Sputnik, and anyone else who shows an inkling of deviation from the meme that Russia is the enemy that must not only be confronted- but the enemy that is working inside our very minds. It is an invitation to a dark place, where fellow Americans are only friends until they become enemies and where the elected government of the United States has no legitimacy whatsoever.

What do they Really Want?

ProporNot is calling for a US investigation into whether the US government itself allowed Russia to manipulate the US presidential election. They also demand westerners only get their news from the BBC, New York Times, and Wall Street Journal- all of whom touted a pro-Kiev line that included arming Kiev and its Neo-Nazi paramilitaries.

Russia
What’s There to Hide? Inside US Intel’s Top-Secret Report on Sputnik
While pro-EU globalists like Peter Pomerantsev and Anne Applebaum would never stoop to the point where they would claim Russia inspired Jo Cox’s murder, it’s an open question as to whether the last 3 years of their relentless Russophobia has produced a climate of crippling paranoia where ProporNot and its sick conspiracy theories had become a grim inevitability.

Clearly, ProporNot’s frame of reference is one penned by Pomerantsev et al and the activists, whether cynically merely seeking to generate click bait that they can then earn advertising revenue from, or more worryingly fire up hatred against Russia, simply hatched the egg Pomerantsev and his clique laid. ProporNot even links to the EU funded site it so ably imitates- EU Mythbusters.

For many, including the New Yorker itself, the obvious culprits are Ukrainian activists of the type who are motivated enough to surf the tide of Russophobia, while being too arrogant to understand that the western public would not be taken for a ride.  As if launching an assault upon free speech in the West wasn’t good enough, and perhaps revealing its true hand, ProporNot also demands, via an article linked to the Euromaidan Press, that the EU must decouple Russia from the Swift financial transactions payment system: tellingly, such language was only used at the height of the crisis in Eastern Ukraine.  Faced with its dreams of joining the EU disintegrating and  NATO membership in 2020 now under threat, is it possible that state sponsored actors loyal to Kiev have decided to target rebellious Clintonites and British Europhiles in the hope that they might be able to find common ground?

As for Jo Cox, a true Brit who died a horrific death at the hands of a Neo-Nazi who despised free speech, ProporNot told the New Yorker: “Well that is a big thing for us.”