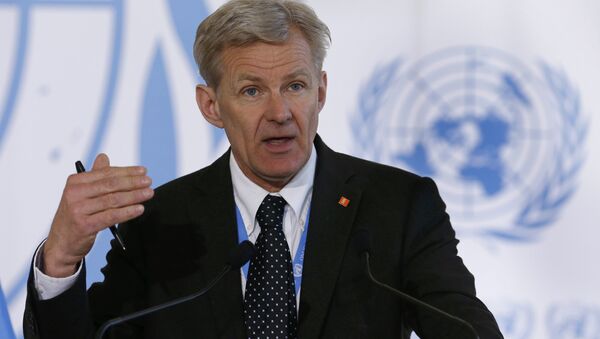 © REUTERS / Denis Balibouse
Subscribe
Humanitarian adviser to UN special envoy for Syria called on all stakeholders to influence parties on the ground due to humanitarian situation may deteriorate soon.

UN Human Rights Adviser: US, Allies Exaggerate Power of Syrian Opposition
MOSCOW (Sputnik) – Humanitarian adviser to UN special envoy for Syria Jan Egeland called on all stakeholders to influence parties on the ground in Syria as humanitarian situation was likely to worsen in winter.

“At the end of this month, things will slow down because of bureaucracy and not being so active. So, our message to these countries who can influence all parties on the ground  including the government was now is the time that their foreign ministers, their heads of government start making messages to the parties in Syria,” Egeland told a briefing.