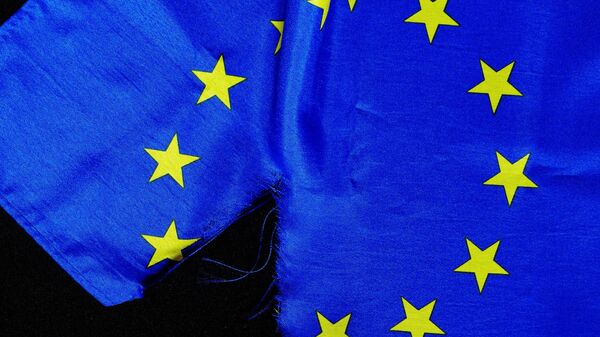 © Photo : Pixabay
Subscribe
International
India
Africa
A significant share of people in European countries support the idea of holding a referendum on leaving the EU, according to the results of a Sputnik.Polls survey.

PACE Chief Says Concerned Over Rise of Populism, Euroscepticism in Europe
Moscow, December 1, Sputnik Press Service – More than half of respondents in Italy (53%) said they support holding a referendum of this kind, followed by France (47%), Germany (43%), Spain (39%), and Poland (38%). The poll was conducted by Ifop for Sputnik news agency and radio.

The poll was conducted by Ifop, France's oldest opinion and market research company, between October 22 and 26, 2016. In total, 5,019 respondents aged 18 and older took part in the poll in France, Germany, Spain, Italy, and Poland. The sample was representative in terms of gender, age, and location. The margin of error was 3.1 percent by country, with a 95 percent confidence interval.

How many Europeans support holding a referendum on leaving the EU?
© Sputnik

The international public opinion project was created in January 2015, in partnership with leading research companies such as Populus, IFOP, and Forsa. The project organizes regular surveys in the United States and Europe on the most sensitive social and political issues.