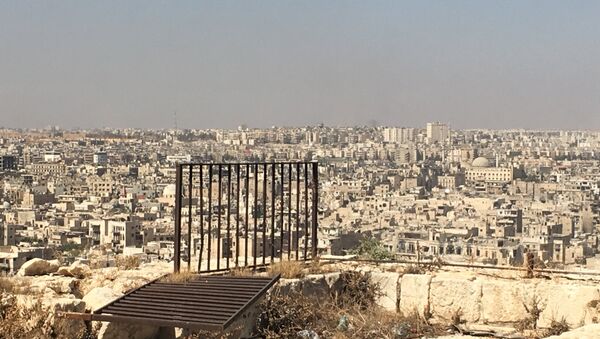 © Sputnik / Mikhael Alaeddin
/
Go to the photo bank
Subscribe
Syrian militia on Wednesday refuted claims on alleged arrests of eastern Aleppo citizens by the government forces, saying that solely standard procedures, such as identification and document checking, had been carried out with regard to the civilians.

What Comes Next for Syrian Army After Aleppo's Complete Liberation
DAMASCUS (Sputnik) – Earlier this week, Western media reported that the Syrian army arrested and questioned eastern Aleppo citizens, who were leaving the terrorist-controlled parts of the city.

"After the residents of eastern Aleppo were evacuated to safe areas, they were provided with the necessary medical and other types of assistance. Of course, standard procedures of document checking and identification took place, however arrests could not happen."