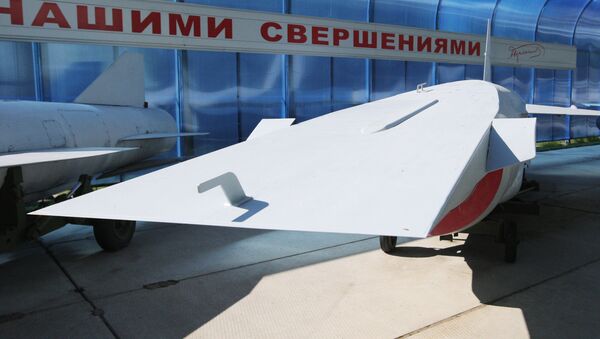 China and Russia have proceeded in testing high-speed maneuvering weapons (HSMWs), causing anxiety in some circles that the US may be falling behind in its development of hypersonic missiles.

The US’ history of pioneering high-speed flight—particularly in regards to the technology’s military applications—has been put in "question," according to an unclassified report released by the US Air Force Studies Board. The threat posed to the US emerges from a "class of weapons that will effectively combine speed, maneuverability, and altitude," the Committee on Future Air Force Needs for Defense Against High-Speed Weapon Systems notes.

"Existing doctrine and organizational structure may not be adequate to address the cross-domain threat posed by HSMWs," the report adds.

For Russia’s part, President Vladimir Putin said on November 18 that Russia will do whatever is required in order to maintain a global strategic balance, including the development of hypersonic and robotic weapons.

China, India, and other states are also examining the potential applications of the technology. In April, China and Russia tested hypersonic gliders that capable of compromising the US Terminal High Altitude Area Defense (THAAD) system that is scheduled to be deployed in South Korea. Tactical Missile Systems Corp. CEO Boris Obnosov said Russia could have hypersonic weapons "somewhere early next decade" or perhaps even before 2020.

The Pentagon currently does not have any resources specifically devoted to developing HSMWs in an offensive or defensive role, but Congress has advocated for the Missile Defense Agency to concentrate resources on hypersonic missiles, the Free Beacon reports.

Lockheed Martin military experts said in August that the Department of Defense is exploring ways to handcuff HSMWs by shooting the missiles down via an extended range version of THAAD called THAAD-ER. Alternatively, the Pentagon could look to focus high-powered lasers on the missiles before they reach hypersonic speeds.

HSMWs are operational in a slew of military domains, including air, sea, land, space, and cyber, according to the unclassified summary, and can be deployed either strategically or tactically.