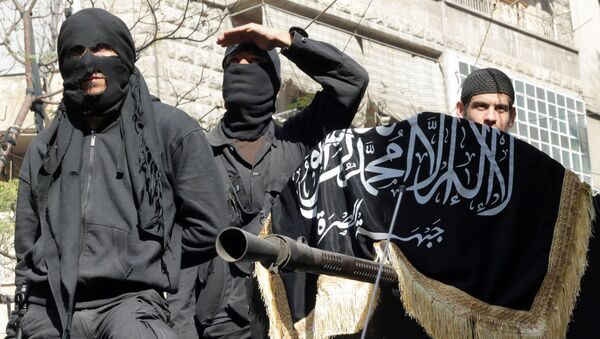 © Flickr / coolloud
Subscribe
International
India
Africa
Eleven jihadist fighters have returned to Serbia from Syria and Iraq carrying diplomas they allegedly received in these Arab countries and which they hope will help them avoid punishment for taking part in hostilities abroad.

On Monday Igor Becic, the head of the parliamentary committee overseeing the work of the country’s security agencies, said that the government was fully aware of where these jihadists had been and what they had been doing there, but admitted that proving this in court would not be easy.

Daesh Collapse May Pose Threat to Dutch Security as Jihadists Will Return Home
Several security experts interviewed by Sputnik agreed with this adding that wannabe militants had no problem leaving Serbia for Turkey and from there finding their way to Syria or Iraq.

In an interview with Sputnik, Bosnian security expert Dzevad Galijasevic said that the authorities in Bosnia-Herzegovina, Muslim-populated areas of Montenegro, southern Serbia and Kosovo with a large percentage of terrorist sympathizers were facing exactly the same problem.

“It all started in Bosnia where, in the wake of the war in Afghanistan, mujahideen networks started popping up. The Afghan war had a strong ripple effect on Serbia, Croatia and the rest of Europe,” Galijasevic said.

“We can go after individual Daesh extremists, just like we did in Bosnia, where several such people were sentenced, but none of them eventually went to jail. They got away with a fine, that’s all. But looking at the information we have on those who fought in Syria, we can see that Bosnian Wahhabi Bajro Ikanovic alone commanded a unit of some 20 fighters,” he noted.

Dzevad Galijasevic added that there were at least 400 Bosnians, over 40 Serbs and about 270 Kosovans currently fighting as part of al-Nusra terrorist organization.

Man Pleads Guilty for Supporting Daesh After Planning Terror Attacks in US
He said that information exchanges with Damascus and Baghdad would be the best way to nail down militants returning from Syria and Iraq, instead of using NATO’s sources in the West to identify those arriving in the Balkans under the guise of refugees running away from war.

Slobodan Andjelkovic, an assistant professor  of international politics and security at Union University in Belgrade, told Sputnik that it made no sense analyzing whether these “dogs of war” were going to the Middle East for money or for ideological reasons, because once they are back they are equally dangerous.

“They get back as seasoned fighters because after spending just one year [fighting in Syria or Iraq] they learn more than they would have learned serving ten years in the army here. The main problem is how to deal with people who are brainwashed and are top-notch fighters,” Slobodan Andjelkovic said.

Syria has been mired in civil war since 2011, with opposition factions and Islamist terrorist groups such as Daesh and the Nusra Front, now known as Jabhat Fateh al Sham, both outlawed in Russia, fighting the Syrian Army.

Russia has been conducting an aerial campaign against terrorists in Syria since September 30, 2015 at Syrian President Bashar Assad's request.

The US-led coalition of more than 60 nations has been conducting airstrikes against Daesh in Syria and Iraq since 2014. The strikes in Syria are not authorized by the government of President Bashar Assad or by the United Nations Security Council.