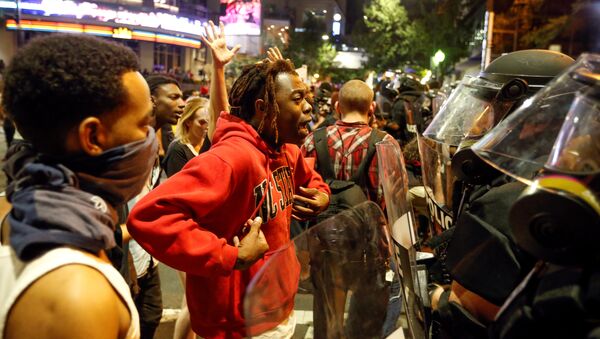 WASHINGTON (Sputnik) — Murray noted that prosecutors interviewed several witnesses, who gave different summaries of the events that transpired in September. The individuals, who claimed that Scott was unarmed, were not present at the scene when the actual shooting occurred.

"After a thorough review and given the totality of circumstances and credible evidence in this case, it is my opinion that officer Vinson acted lawfully, when he short Mr. Scott," Murray stated. "Criminal charges are not appropriate under the law in this case."

Majority of US Citizens Believe Racism Against Black People Widespread
Murray added that the videos collected from dash cameras show that officers ordered Scott to drop his weapon at least ten times.

On September 20, the law enforcement officer shot and killed Scott, who allegedly took out a handgun and refused to coordinate with police.

Police said they recovered a gun at the scene. However, Scott's family has claimed he was holding a book and called on the police department to release a full video from the scene.