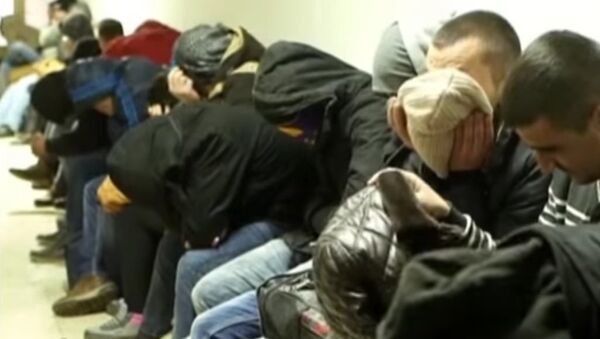 Italian authorities have deported 61 people since the start of the year in an effort to tackle religious extremism.

What Kind of Monster is Daesh? New Committee to Deal With Extremism in Italy
ROME (Sputnik) — Italian authorities have deported a total of 61 people from the country since the start of the year in an effort to tackle religious extremism, Italy's Interior Minister Angelino Alfano said Wednesday.

"Over the past two days, two more people were deported out of state security concerns. The total number of those deported from Italy as part of countering religious extremism since January 2015 has reached 127 people, 61 of these this year," Alfano said in a statement issued by the Interior Ministry.

A 26-year old migrant from Kosovo was one of the two recently deported, the minister added, noting that the Kosovar had been in contact with a Moroccan who left northern Italy's Brescia in 2013 to join Daesh in the Middle East.

A 42-year old Pakistani national was also deported over contacts with radical Islamists with links to militants in Afghanistan.

The Islamic State is a designated terrorist organization outlawed in Russia and numerous other countries around the world. The group took over vast swathes of Syria and Iraq in 2014, prompting many radicals from Europe to join its ranks.