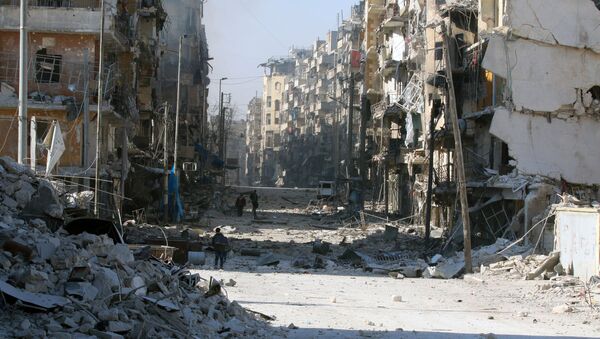 Over 600 Militants Left East Aleppo, Most of Them Pardoned - Russian MoD
MOSCOW (Sputnik) — According to the Iranian diplomat, "the humanitarian catastrophe in Aleppo must be prevented."

"We have carried out several [unilateral] humanitarian missions in Syria before. We are currently considering a joint humanitarian operation with Russia," Rahimpur said addressing Russian lawmakers at the upper house of the Russian parliament, the Federation Council.