Liberation of Eastern Aleppo: Media 'Will Soon Face the Lack of Arguments' 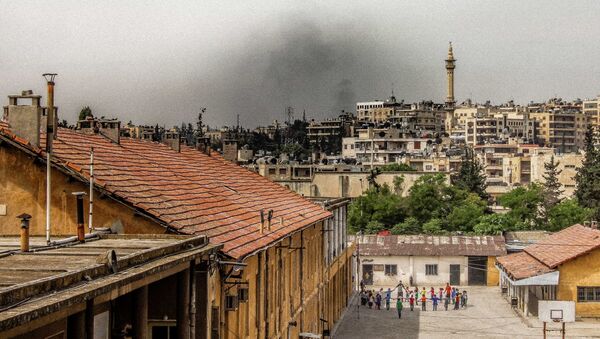 Part of eastern Aleppo has been completely liberated from terrorists. In an interview with Sputnik France, Pierre le Corf, founder of an NGO working in the city, said that mainstream media will soon face the "lack of arguments" in the context of the Aleppo liberation.

East Aleppo Populated by 90,000 Fully Liberated From Terrorists - Russian MoD
After long months under control of jihadists, a populated area with 90,000 residents in eastern Aleppo was completely liberated by the Syrian Army on Tuesday.

Pierre le Corf, founder of the NGO called "We are superheroes," has been witnessing the horrors of the war for over nine months. He is the only French national living in western Aleppo where his organization has been helping people affected by the war. 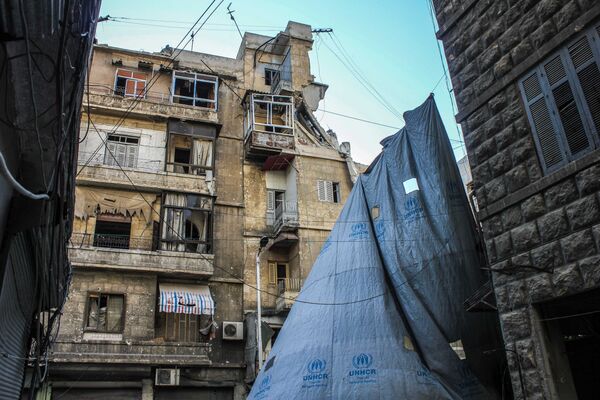 According to le Corf, the liberation of eastern Aleppo is "really good news."

He added that the liberation of these districts indicates that the war is accelerating as well as the peaceful process.

"A large part of eastern Aleppo has been liberated. This means that the war is accelerating but the peaceful process is accelerating too. A lot of people were forced to leave the east part of the city, but they didn’t escape from Aleppo. They went through fighting, bullets and mined areas to come here [western Aleppo]," he told Sputnik France. 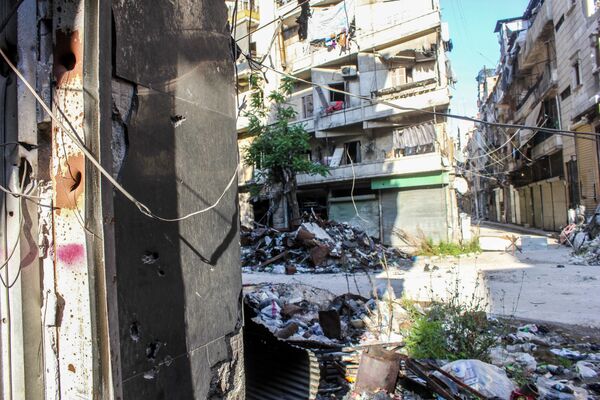 Putin Orders Sending Mobile Hospitals to Assist Residents of Syria's Aleppo
It is especially important, le Corf underscored, that there are people who were really happy to escape from eastern Aleppo.

"They told us about what happened there. They told about the situation in the eastern part of the city, including rationing, tortures and prisons. I’m really happy to see that the situation is getting better due to the army’s humanitarian efforts. Of course, there are civilian victims. But this is reality, this is war. However a lot of people have been saved recently," le Corf said.

Almost 100,000 Children Trapped in Militant-Controlled Aleppo – Charity
He met with 50 or 60 families who lived in eastern Aleppo in recent months. They managed to escape and told le Corf about living in the east under the rule of terrorists.

"But those I met in recent days were really happy. Whole families were happy. These people couldn’t hide their happiness and cried," he said.

According to le Cord, currently there is no warring party that would "bring democracy" to Aleppo.

"People are leaving eastern Aleppo. And in western Aleppo people are killed by militants operating in the western part of the City. There will be a moment when media and government fueling this conflict will not be able to do that. This is because there are thousands of refugees who can tell the truth about what is happening in Syria," he said.

According to le Corf, many people are starting to understand that everything they have been told about the Syrian war was not reality but a "well-developed media construction."

In the near future, media will face the "lack of arguments" because there will be evidence from local residents.

"Media continue to use its business model. It invents stories about warplanes dropping bombs on civilians for no reason. But there will come a day when mainstream media will face the lack of arguments because people living here and the situation on the ground will turn against those arguments," he concluded.