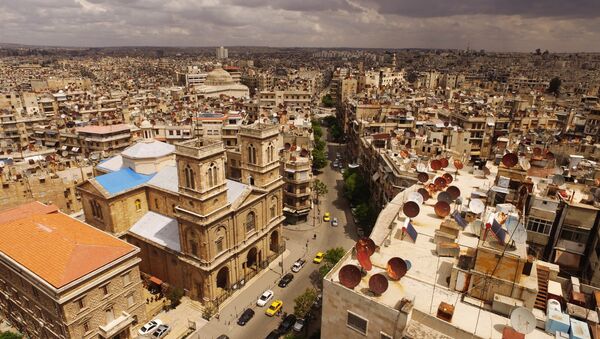 © Sputnik / Mikhail Voskresenskiy
/
Go to the photo bank
Subscribe
US Secretary of State John Kerry is trying to broker a deal between Moscow and Washington on Aleppo, but RIA Novosti political analyst Alexander Khrolenko maintained that neither Russian, nor Syrian authorities are interested in "the final moves of this diplomatic dance" since the Syrian Arab Army (SAA) will ultimately free the embattled city.

Khrolenko further linked Kerry's increasing diplomatic activity to the outcome of the recent presidential election in the US.

Battle for Aleppo: Will the Besieged City be Liberated by the End of the Year?
"US President-elect Donald Trump is capable of reaching a deal with Moscow that Damascus will benefit from. In this case, the Pentagon and NATO will not only 'lose face,' but will also face a challenge of extracting special forces from [besieged areas in Aleppo]," the analyst suggested, citing unconfirmed reports that military advisors from the UK and the US were present in the rebel-held districts of the embattled city.

Vzglyad columnist Anton Krylov shared these sentiments, saying that there appears to be no reason to hammer out a new deal between Russia and the United States on Syria under current conditions. 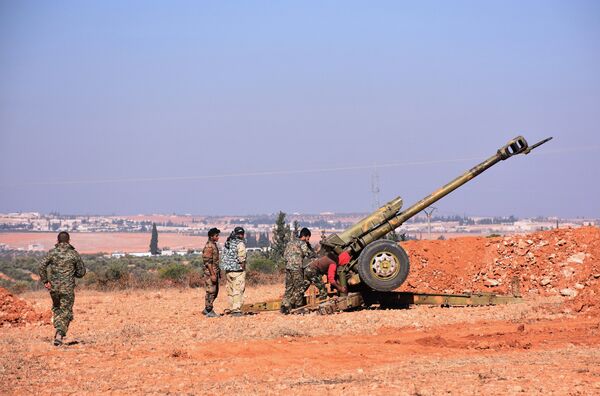 Syrian pro-government fighters fire a Russian 122mm howitzer gun as they advance in the recently recaptured village of Joubah during an offensive towards the area of Al-Bab in Aleppo province, on November 25, 2016
© AFP 2021 / GEORGE OURFALIAN

"What's the point for Moscow and Damascus in reaching an agreement when the Syrian Arab Army assisted by self-defense forces has freed 40 percent of eastern Aleppo? According to reports, twelve neighborhoods in this area are under state control. … The militants are fleeing the city en masse," he observed.

Earlier on Tuesday, the Russian Defense Ministry announced that a large area of eastern Aleppo has been freed from the militants. The ministry mentioned that the liberated area is home to 90,000 residents. The SAA encircled the city in late July, launching an operation aimed at freeing one of the key urban centers in the country in September. Damascus-led forces achieved major success over the weekend, liberating several districts and cutting rebel-held areas into two parts. 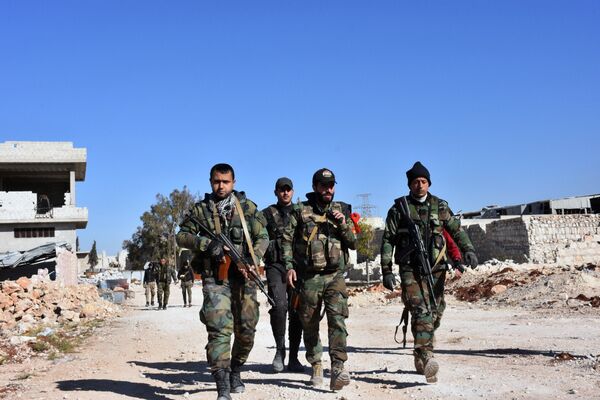 Syrian pro-government forces walk past damaged houses as they approach the Baeedin district in eastern Aleppo, near Masaken Hanano, which is still under rebel-control on November 23, 2016
© AFP 2021 / GEORGE OURFALIAN

Syrian Army Regains Full Control of Northeast Aleppo - Militia Source
The trend itself has rendered any deal with policymakers in the US impractical, but Krylov mentioned additional powerful arguments. Firstly, "another vague ceasefire will enrage Assad's support base, the military. The ceasefire irritated them before, but they have achieved so much this time and paid a heavy price," he noted.

Secondly, any deals between Russia and the United States on Syria will "only prolong the suffering" of Aleppo residents, the analyst said.

"The sooner the operation to free the city is complete, the sooner peaceful life will begin, particularly taking into account that this could happen in the near future. A source in Moscow said that it would not take long for the SAA to take the entire city under control," he explained.

000000
Popular comments
John Kerry should really just fade away and return to Antarctica where he fled to after D. Trump was elected. Kerry's hysteric calls for yet another ceasefire to aid and and succour the US /NATO ,Saudi et al sponsored terrorists is obscene. The relief and joy on the faces of thousands of civilians now rescued by the SAA from their living hell under the boots of US Terrorists is palpable. That is really what causes Kerry to demand a Ceasefire. This surely must not happen ?